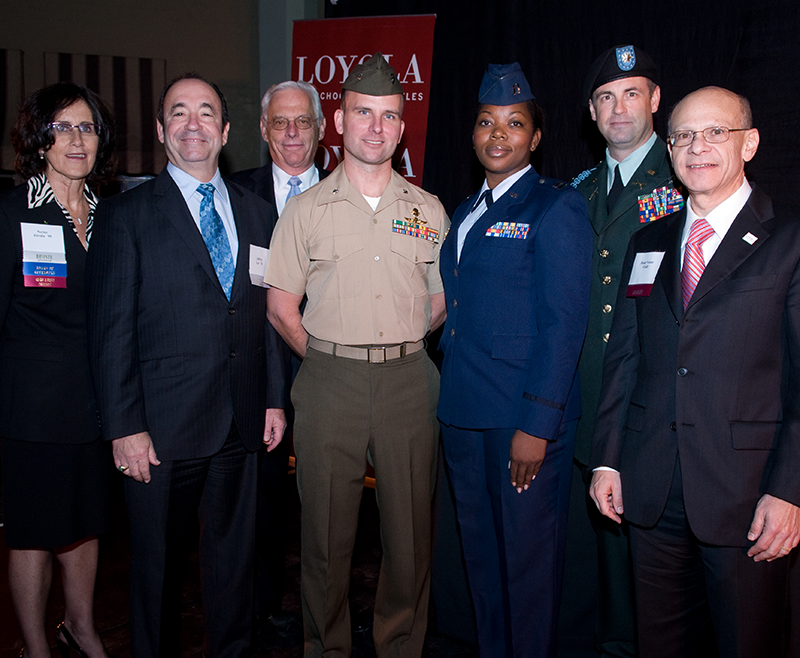 The 2008 Alumni Grand Reunion featured "A Salute to Service," honoring those in the LLS community who have served in the military.

Men and women of service have long formed the foundation of LMU Loyola Law School, which seeks to support its veteran students, alumni and extended members of the community with an array of offerings. Programs include exclusive scholarships, resource guides and pro bono legal assistance, to name a few.

A few highlights of the veteran stories woven into the fabric of LLS: