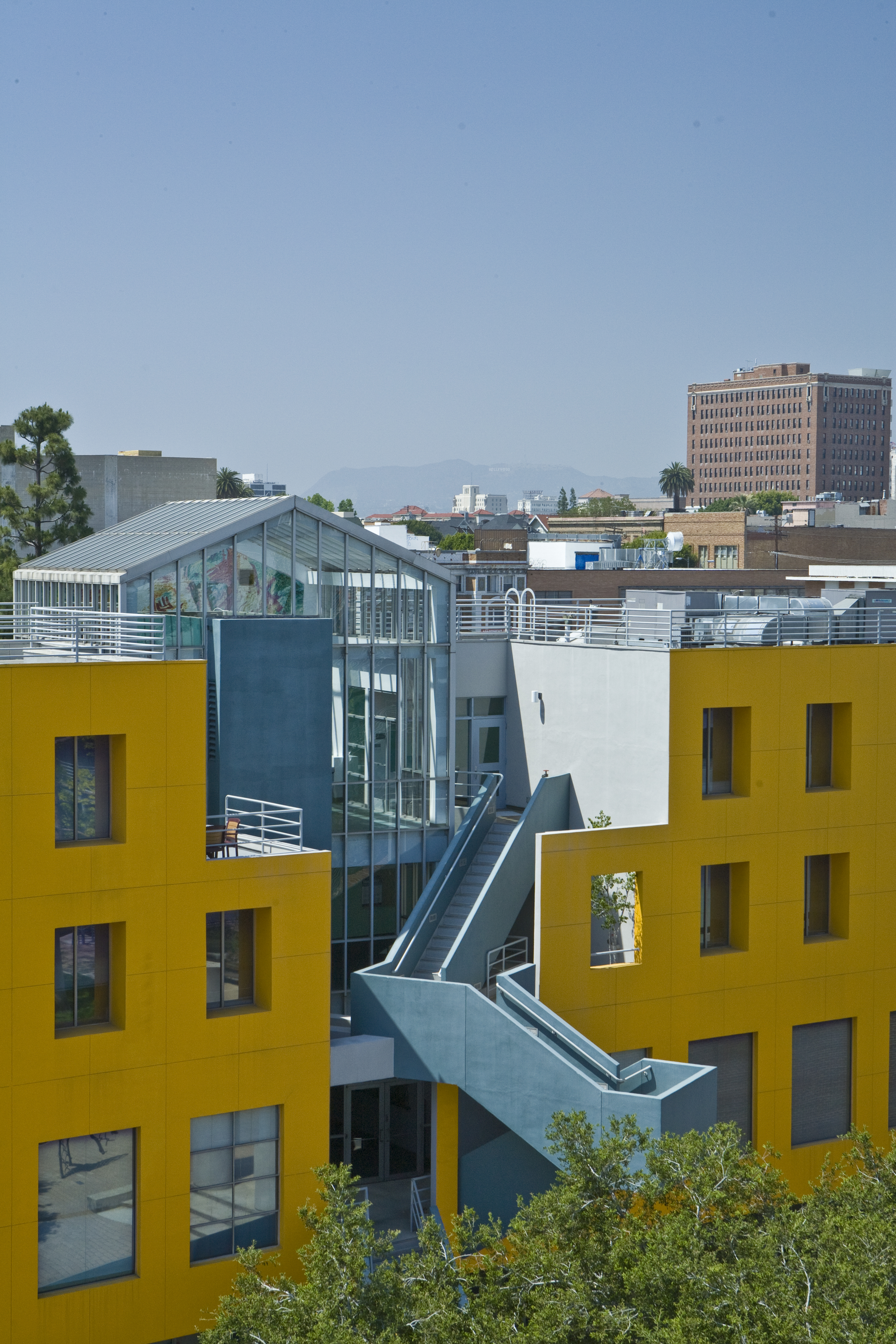 “The law school’s largest building, Burns is a bright yellow four-story box split in two by a dark green central staircase that snakes its way to the top and ends in a glass atrium with a classical pediment.”* Through the atrium glass you catch vivid colors of a floor-to-ceiling bas relief, painted by Los Angeles muralist Kent Twitchell based on a painting by Jim Morphesis, which depicts the myth of the fall of Icarus. The work represents human striving for justice, inevitable human failure and the equally inevitable renewal of human hope—all which are crucial components of the law school experience.

The Burns building houses the Dean's Office, the cafeteria, faculty and staff offices and the student lounge. On the second floor of the building is an oil painting of the man for whom the building is named. Fritz Burns was a noted real estate developer and philanthropist. Through his relationship with Joe Rawlinson '58, he developed a great fondness for Loyola Law School and was a generous supporter of the Law School for many years until his death in 1979.