During Loyola's centennial year, we are proud to recognize alumni families who have a special connection to their law school.

Legacy families include those alumni with two or more generations of family members who attended Loyola Law School. We have many second-, third- and fourth-generation Loyola alumni and look forward to celebrating with our Loyola Legacy Circile families during this centennial year!

Francis J. Brick '24 & Camille O'Keefe Everett '80
Loyola is thrilled to trace its longest legacy connection back to the first entering class. Francis (Frank) J. Brick was among the first eight students admitted in 1920, earning his degree in 1924. Brick's granddaughter, Camille O'Keefe Everett, is also a proud law school graduate, earning her law degree in 1980. Their legacy connection is especially meaningful as the law school celebrates its centennial anniversary.
Read More 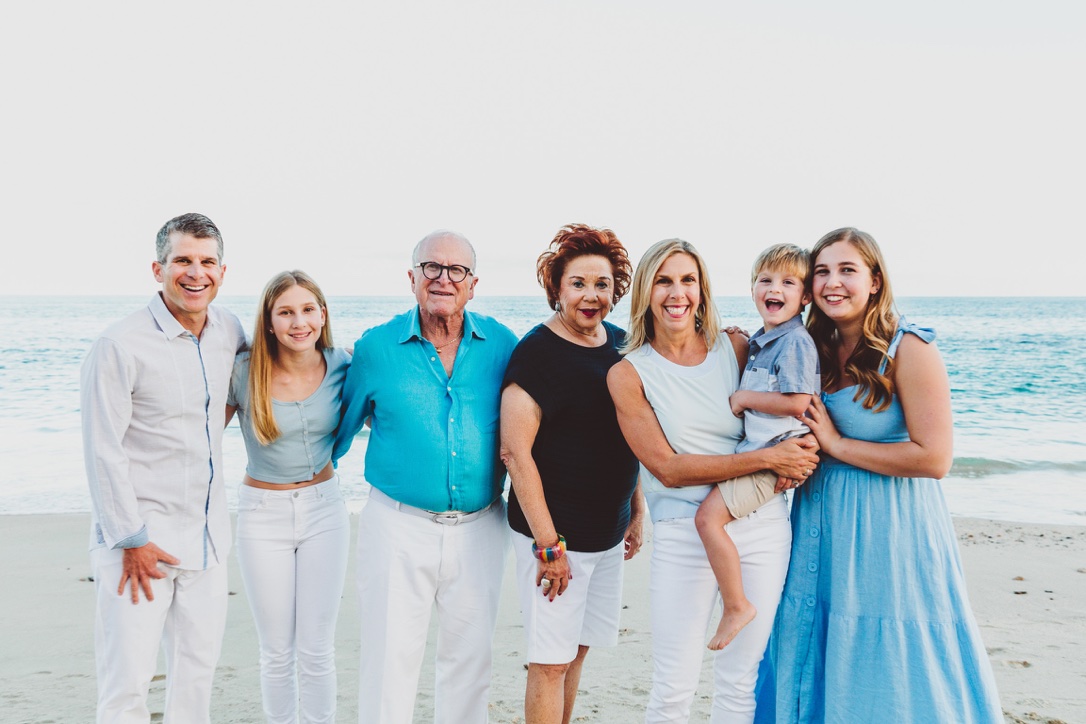 Danny Sonenshine '98 & Sheila Sonenshine '70
Growing up I listened to my mom Sheila talk about her Loyola experience. I remember her praise for her professors, her deep, lifelong friendships with her classmates and her appreciation for her training. But even more impactful to me was watching my Mom conduct her legal career based on what she learned at Loyola.
Read More

Ernest Algorri '86 & Eric Algorri '18
I am grateful for my family’s connection to the Loyola, enabling the Algorri family’s contributions to the community as well as to the cause of justice for people and all others during a time of need.
Read More

John Peter Scholl '59 & Wendy Scholl '92
My father John Peter Scholl graduated Loyola Law School in 1959. He loved working as a patent lawyer and eventually he left private practice to work for McDonnel Douglas (that eventually merged with Boeing) and was able to merge his love of airplanes, engineering and law in the perfect job. I graduated from Loyola Law School in 1992 and worked in private practice before going in house and working almost 20 years for Bank of America.
Read More

Loyola is fortunate to celebrate family connections such as siblings, cousins and spouses who share a special bond with the law school.

Do you share a Loyola Legacy Circle or Loyola Family Circle connection? We'd love to hear from you! Please share your connection to the law school and what it means to you and your family.

Photographs are encouraged and may be posted with your submission.

Loyola Law School looks forward to sharing the connections from the Legacy and Family Circles to celebrate your special bond with the law school. If you have questions, please contact Carmen Ramirez at 213.736.1046 or alumni.office@lls.edu.