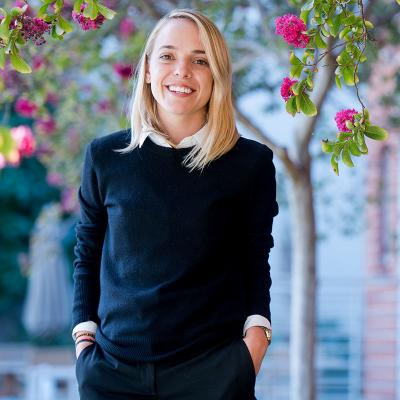 Marisa Harris ’17 found her experience in Loyola Law School, Los Angeles’ Juvenile Innocence & Fair Sentencing Clinic so fulfilling she decided to stay active in it even after graduation. Thanks to one of Loyola’s Public Interest Fellowships, Harris now is a full-time attorney with the clinic.

Harris became interested in how law can help the underserved as a middle-school teacher in a low-income area of North Philadelphia. She saw students expelled for problems related to societal failures in addressing issues like mental health and poverty. Given most schools’ limited resources, she decided she could be a more effective advocate as an attorney.

Harris joined the Law School’s Criminal Justice Concentration and enrolled in the Juvenile Innocence & Fair Sentencing Clinic in her second year. Students in the clinic have largely focused on representing people sentenced to life without parole for juvenile crimes and are seeking new sentences with parole, based on recent U.S. Supreme Court rulings impacting juvenile-sentencing standards. Students also represent clients with parole hearings and in raising claims of actual innocence.

Harris said the clinic gives students a true hands-on experience, which includes making arguments in court. “Loyola is unique in this way. At other law schools in California, the professor does most of the courtroom arguing.”

For instance, when Harris was a clinic student, she wrote a habeas corpus petition for a wrongfully convicted man, helped represent two clients — since released from prison — at their parole hearings, worked to have a client resentenced from life without the possibility of parole to a parole-eligible sentence, and briefed and argued a case at the state Court of Appeal.

“The clinic takes over your whole life,” she says. “But it’s also like a family.” Harris describes Clinic Director Professor Christopher Hawthorne ’00 as an excellent teacher and mentor. “He’ll go to bat for anyone,” she says.

Now Harris is something of a teacher herself. As a Loyola Public Interest Fellow, she is becoming one of one of the few experts in the state on “Franklin hearings,” a new type of hearing that helps prisoners sentenced to life without parole present new evidence at parole hearings for crimes committed as juveniles. She is preparing some of those cases for court, but her main duties are teaching students and other lawyers the ins and outs of the hearings.

“I think the kids who actually committed crimes are often forgotten,” explained Harris. “I think they need representation – people to fight for them just as hard as those who have been wrongfully convicted.”