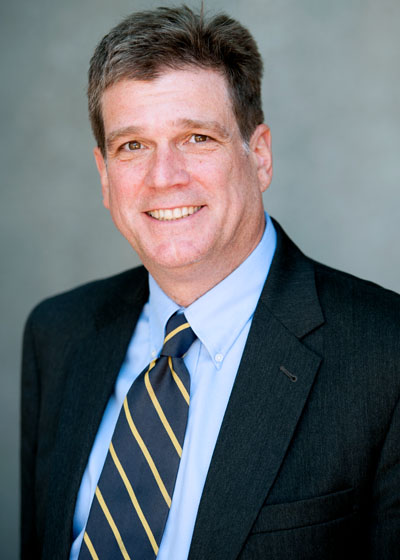 In fall 2014, Sean Kennedy '89 joined Loyola Law School as the Kaplan and Feldman Executive Director of its Center for Juvenile Law and Policy (CJLP).

As an adjunct professor for more than 15 years, Kennedy has taught Appellate Advocacy and the Death Penalty Law Seminar at the Law School. He has coached the Byrne Trial Advocacy Team – himself a member of the Scott Moot Court Honors Board as a student. Additionally, he serves on the board of Loyola’s Advocacy Institute.

In 2013, Kennedy was named Criminal Defense Attorney of the Year by the Los Angeles County Bar Association and received the Fidler Institute Award for Defense Lawyer of the Year from Loyola. He is a recipient of the Public Interest Award by Loyola’s Public Interest Law Foundation. Prior to working in public defense, Kennedy was an associate at Talcott, Lightfoot, Vandevelde, Woehrle & Sadowsky, LLP, where he handled white collar criminal defense cases.