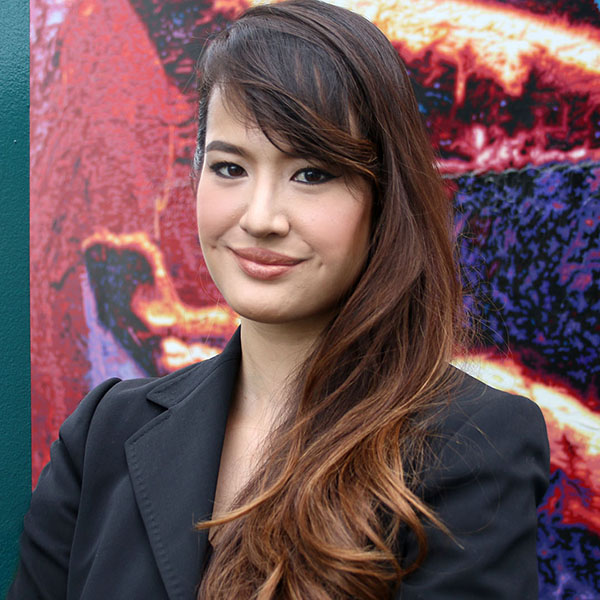 As a real estate agent and property manager, Diane Chang ’17 enrolled in Loyola Law School’s Evening Division intending to become a real estate litigator. Once she got to law school, “that’s when everything changed.” Now her goal is criminal prosecution.

As a participant in Loyola’s Poehls/Hobbs District Attorney Practicum, Chang is a certified law clerk with the Los Angeles County District Attorney’s Target Crimes Division, in the Child Abduction Unit and with the Compton branch office. As a certified clerk, she can prosecute some of her own cases under the supervision of a seasoned deputy DA.

Previously, with Loyola’s help and encouragement, she spent three summers clerking with the DA’s office, including tours with its special Victim Impact Program, which takes on domestic violence and hate crimes, elder and child abuse cases, and sexual assaults.  She has also clerked with the Los Angeles DA’s Animal Cruelty Division.

Chang’s change of focus began when she served as a juror on a criminal case during her first year. She kept in contact with the deputy district attorney on the case, snaring a spot clerking for her in the Victim Impact Program that summer.

She shadowed the prosecutors on their day-to-day tasks, observing crime scenes, meeting with experts, witnesses and victims, and pitching in to transcribe 911 and jail-inmate phone calls. “It was pretty engaging,” she says.

Another factor drawing Chang toward criminal law was the faculty of Loyola’s Criminal Justice courses, especially Samantha Buckingham, her Criminal Procedure professor. Buckingham, the director of the Juvenile Justice Clinic at the Center for Juvenile Law & Policy, is “a die-hard criminal defense attorney,” Chang says. “I have a huge amount of respect for her. Her class is amazing.”

“She knows that once we’re in the field, we’re going to freeze up,” Chang says, so she gives challenging problems in class to prepare them for real cases in court.

Chang has not focused solely on criminal law at Loyola, however. She served as the 2014-15 president of the Evening Student Bar Association and currently is an editor on the Loyola of Los Angeles International and Comparative Law Review, working on its Inter-American Court of Human Rights Project.

A firm believer in practice-makes-perfect, she has been a member of the Scott Moot Court Honors Board two years in a row, and was recently on one of the school’s two National Moot Court Competition teams. Moot court “has been a huge part of my law school experience and dramatically improved my ability to think and speak in high-pressure environments,” Chang says.

Then, there’s her real passion: animals. An avid pet lover since she trained a puppy as a future service dog when she was 12 years old, Chang began rescuing dogs when she was living in Romania several years ago. At Loyola, she served as the law student coordinator for the annual Animal Law Guild Conference, held on campus that year.

For the past two years, she has been the president of the Student Animal Legal Defense Fund, one of nearly 50 student organizations at the Law School. Besides advocating for animals and teaching about the field, the group holds a cutest-pet competition as an annual charity fundraiser and provides therapy dogs during finals.

Chang and her 7-year-old son have two dogs and two cats. She says that her son understands that her law school and work schedule keep her very busy. But he has asked her, “When you’re a lawyer, can we rescue more dogs?”