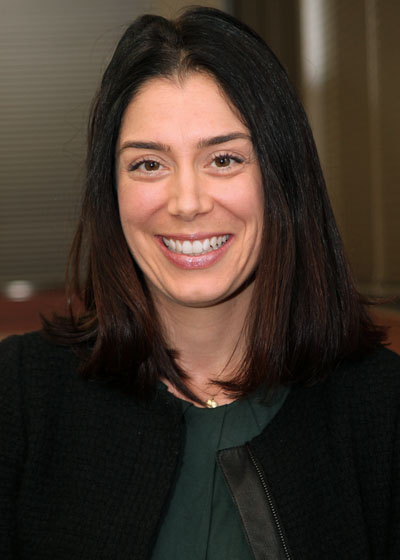 Samantha Buckingham strives to bring real-life experience and an empathetic human perspective on the practice of law to all of her students. She is a seasoned criminal and juvenile defender and teaches classes related to Criminal Law, Criminal Procedure, Juvenile Law, Race and the Law, and Trial Practice.

Buckingham is well-recognized as an expert in juvenile justice, adolescent development, trauma, and best practices in indigent defense. Buckingham has published several law review articles related to developmentally appropriate treatment of youth in the juvenile justice system. Buckingham trains professionals nationwide, including judges and prosecutors. Buckingham trains public defenders locally and nationally through her work with Gideon’s Promise, the National and Pacific Juvenile Defender Centers, and the Los Angeles County Bar Association. Buckingham has also submitted amicus briefs and written testimony to Congress, coordinated strategy for cases ascending to the U.S. Supreme Court on appeal, and served as an expert in numerous cases around the country, including as a Strickland expert opining on ineffective assistance of counsel.

Prior to joining the faculty at Loyola Law School, Buckingham defended indigent clients as trial lawyer at the Public Defender Service for the District of Columbia (PDS). At PDS, Buckingham gained extensive litigation experience trying cases on behalf of children and adults, including homicides.

Buckingham has experience teaching in a number of roles beyond the law school classroom. Buckingham has been honored by the time she spent supervising law students and litigating cases on behalf of indigent youth at Loyola’s Juvenile Justice Clinic. Buckingham served as the clinic’s Director for a decade. Currently, Buckingham is Director Emeritus of the Juvenile Justice Clinic and Of Counsel at the Center for Juvenile Law and Policy (“CJLP”), a non-profit organization at Loyola fostering systemic reform of the Los Angeles juvenile and criminal justice systems through individual client representation, policy advocacy, education of law students, research, and community engagement.

Outside of Loyola Law School, Buckingham has been a visiting clinical professor of law at Harvard Law School and has taught in the HLS Trial Advocacy Workshop for over a decade. In addition to teaching at Harvard and Loyola Law Schools, Buckingham has worked with the University of Southern California (USC) to create a Masters in Criminal Justice Program geared toward training the next generation of leaders in the fields of law enforcement, probation, and corrections. Buckingham has created and teaches a class on youthful offenders for USC.

Buckingham has longworked to increase educational opportunities for young people whose lives touch the criminal and juvenile justice system. Prior to becoming a lawyer, Buckingham taught high school at the Maya Angelou Charter School, a high school for children who have been justice-system involved. There, Buckingham taught classes and managed over 500 volunteers. Buckingham now serves on the board of the Center for Educational Excellence in

Alternative Settings (CEEAS), an organization dedicated to creating educational opportunities for young people during their incarceration and ensuring their smooth and successful transition back into the community after release.