The Marketing & Communications Office at LMU Loyola Law School handles a range of communications-related tasks, from assistance with school branding to event publicity to media relations. For Loyola faculty, staff and students, it is a resource for telling the Law School’s story – no matter the medium. The office also serves as the first stop for journalists and other external audience members seeking expert commentary, school details or other information.

In the areas of marketing and publicity, the Marketing & Communications Office provides school branding assistance, including provision of official logos, PowerPoint templates and approved fonts. The office maintains editorial and design oversight over the Loyola Law School website and collateral materials. The office coordinates event publicity in conjunction with the Conferences & Events Office. It produces material promoting faculty scholarship and other accomplishments in print materials, as it manages the Summary Judgments faculty blog. It also coordinates external Law School channels such as YouTube and Twitter.

In the area of media relations, the Marketing & Communications Office coordinates media requests and faculty interviews. The office coordinates all on-campus media filming. It distributes media alerts for professor commentary and assists professors in placing op-eds. The office maintains Loyola’s faculty experts directory and tracks its faculty members’ appearances in the media. It is responsible for crafting and distributing press releases about campus news. And it helps coordinate press-related events, such as the school’s annual Journalist Law School. 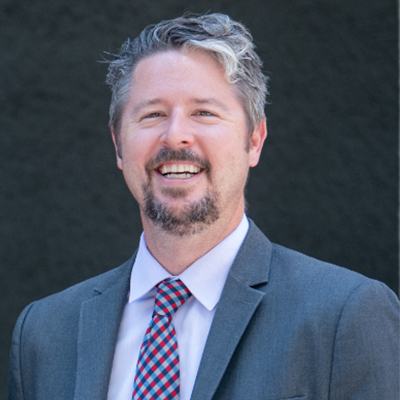 Brian Costello handles media relations, communications and publicity for the Law School. Prior to joining the LMU Loyola Law School staff as deputy director of communications in June 2006, Costello worked as a reporter, editor and producer at an array of media outlets. He spent five years as a talk-show producer for Telepictures Productions, focusing on single-topic programs drawn from news headlines. He was an overnight assignment editor at WBBM-TV/CBS 2 Chicago, where he was responsible for prioritizing story coverage and directing news crews. Before that, he was a writer, producer and editor for a variety of news and magazine websites including TCPalm.com, the online home of a media group that includes WPTV-TV/NBC 5 West Palm Beach. There, he wrote a weekly technology column that appeared in E.W. Scripps newspapers. Costello has a B.S. in journalism from the University of Illinois at Urbana-Champaign, where he was managing editor of The Daily Illini. Costello holds a J.D. from LMU Loyola Law School, where he earned a certificate in the Criminal Justice Concentration. He is a member of the State Bar of California and a volunteer at the Harriett Buhai Center for Family Law. Brett Shahian handles marketing, advertising, and outreach communications for the Law School. He joins LLS after five years as marketing program manager at the University of California, Irvine Division of Continuing Education. He earned his B.A. in Political Science from UCI in addition to completing a certificate in Business Analysis. In his role as a member of the MarComm Central team embedded at LLS, he leads, supports and executes marketing and visibility strategies, tactics, and campaigns in support of raising the school’s national profile and meeting enrollment objectives. Brett’s experience in higher education marketing includes market research, digital campaign management, digital media buying, influencer acquisition and partnerships formation. He has written feature stories and produced video campaigns on multiple platforms. Prior to working at UCI, Brett was area aquatics director for Waterworks Aquatics, a private swim school with multiple locations throughout California and Colorado. In his spare time, Brett enjoys surfing, hiking, spending time with his wife Natalie and teaching his two sons to swim. He is an accomplished Eagle Scout who loves to exchange stories and advice about exploring our local mountains. 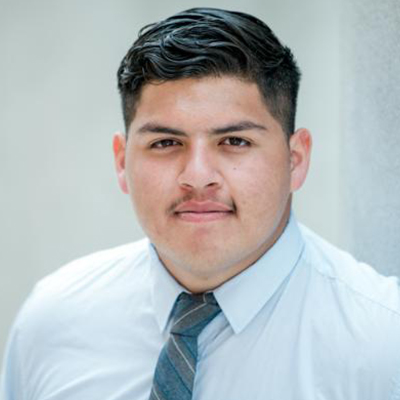 Juan Rodriguez handles on-campus media relations, photography, web updates, manages supply inventory and offers staff support for Marketing and Communications at LMU Loyola Law School. Juan comes from Verbum Dei High School Corporate Work Study Program, where he worked for four years as a Marketing and Communication’s intern for the law school. After graduating, Juan was hired as a full-time temp before leaving in the fall of 2018 to attend Los Angeles Southwest College and play football. After his season ended, Juan returned to Loyola as Administrative Assistant for our Marketing and Communications team as he continues to pursue his Associates Degree in Communications. In his spare time Juan enjoys hiking and playing sports, especially soccer where he is not only a player but also a soccer referee.

Edgar tells and amplifies the amazing stories of the LLS Social Justice Law Clinic in myriad ways, including via web, email, social media and more. He promotes new initiatives to communicate with and drive interest among the LSJLC's wide array of audiences, including clients, supporters (both current and prospective), students, alumni and other stakeholders. Additionally, he keeps the Marketing & Communications Division apprised of LSJLC stories that advance the university's brand narrative. Edgar previously worked at the Coalition for Humane Immigrant Rights (CHIRLA), where he led communications efforts that tripled membership through a variety of innovative methods. He is a graduate of the University of Southern California.