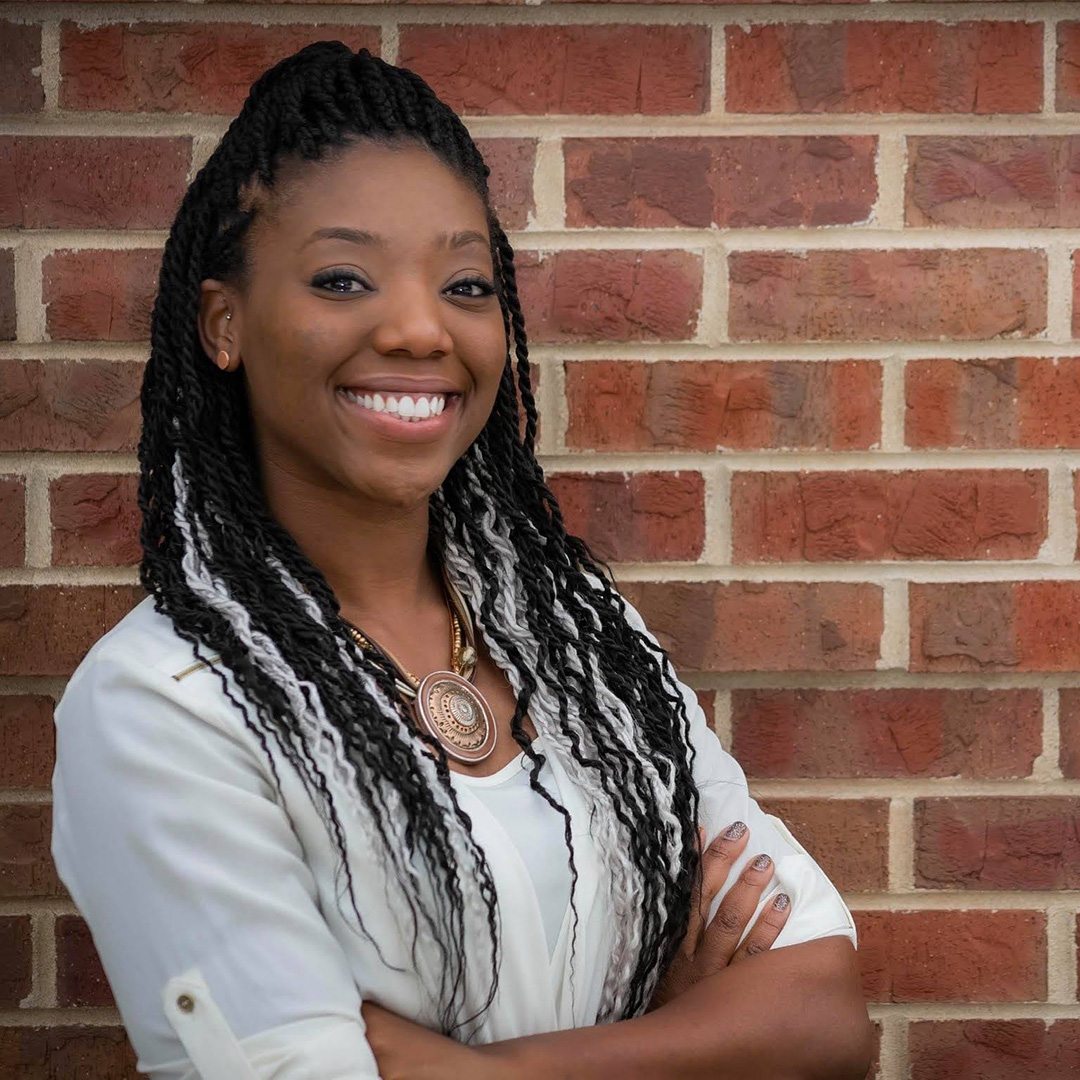 After only about two and a half years as a public defender assigned to juvenile cases in Denver, Nicole Duncan ’16 won recognition as the Colorado Juvenile Defender of the Year by the Colorado Juvenile Defender Center. The award reflected her daily advocacy for kids inside and outside of the courtroom, which began during her very first juvenile and first felony case.

She and her co-counsel managed to obtain a favorable resolution for a teenager charged as an adult with homicide. Instead of perhaps serving 40 years to life in adult prison, their client is spending seven years in a youth facility.

“That was an incredible, incredible experience,” Duncan said. “That’s what has made me the lawyer I am today. Quite frankly, that’s where I learned how to use my voice.”

But Duncan’s dedication to justice and the young goes back much further. As a little girl, she would sometimes play with the toys in her therapist mother’s waiting room. One such toy was a little gavel she would wield to hold court for all the other toys.

She wouldn’t punish the bad toys in a dispute but, rather, both parties would talk about how they felt. Then Judge Nicole would rule: “OK, Mr. Teddy Bear, you did this bad thing, but we’re going to allow you back into the community if you promise not to do this again.”

In high school in Colorado Springs, where she was the only Black student, Duncan started an anti-bullying group she called Opportunity Never Ends that brought students and teachers together to discuss incidents of bullying and to encourage teachers to dedicate their classrooms as safe spaces. “It was really cool,” she said.

That work earned her a scholarship to a multi-ethnic leadership program at Azusa Pacific University near Los Angeles, where she studied psychology and advocated for racial reconciliation.

One summer during college, Duncan worked at a summer camp for troubled youth in Camden, N.J. It was an eye-opening experience. “What I saw there was an America that I didn’t realize existed,” she said. She saw children making difficult decisions like whether to sell drugs on the corner to help their struggling families. “I think there was a murder once or twice a week.”

And yet the youth she worked with were resilient, talented and excited about each day. “That’s where my desire to work with kids really got sparked,” she said. “When I got back to school in L.A., I was just on fire.”

So she began applying to law schools. Duncan chose LMU Loyola Law School because of its strong commitment to public interest law and to bringing true diversity to the legal world. Once there, she threw herself into activities outside the classroom dedicated to justice and young people.

The summer between her first and second years, she worked in Shreveport. La., with Gideon’s Promise, an organization that trains public defenders in the south. The following summer, she interned with the NAACP at its Baltimore headquarters.

Back on campus for her second year, she worked on civil rights issues as an intern with the ACLU Foundation of Southern California.

In her third year, she took the Civil Rights Litigation Practicum led by Professor Gary C. Williams, who holds the Johnnie L. Cochran Jr. Chair in Civil Rights. For that class, Duncan interned with the Advancement Project.

That wasn’t all, of course. Duncan co-created the Stereotype Awareness Coalition that encouraged the law school to give its students and staff training about implicit bias.

She was active in the Judge Stephen O’Neil Trial Advocacy Mentoring Program, which brings high school students from low-income areas of Los Angeles to campus to learn about law and the benefits of higher education.

She established her own scholarship for that program, the Young Lawyers Excellence Award, using money she’d won in a writing competition. She had earlier used other prize winnings to create a scholarship at her home church in Colorado Springs in honor of her father.

Duncan became a Colorado deputy public defender in 2017, where she initially defended adults charged with misdemeanors. In 2019, she got her wish to represent juveniles, drawing that homicide as her first, intense case.

These days, she is handling 50 to 60 juvenile matters at a time, plus a couple of homicide cases against adults.

But for that first case, she had to become expert in felony proceedings, juvenile law, adolescent brain development and everything she could learn about her young client and his family. “It was basically multiple years of learning, research and experience thrown into one,” she said.

Simultaneously, she was also speaking and protesting about the killing of George Floyd in Minneapolis. “It was like a fire. I caught fire from this case.”

Duncan said she would advise any law student who might want to follow a similar career path to take advantage of trial advocacy classes and other programs that provide hands-on experience. She also recommended students should find professors to turn to for help when the pressure becomes too much, as she did with Williams, Professor Priscilla Ocen and Associate Dean Gary Craig.

“Law school can feel like a very competitive environment, but you have to be really clear on what your mission is and why you’re there,” she said.