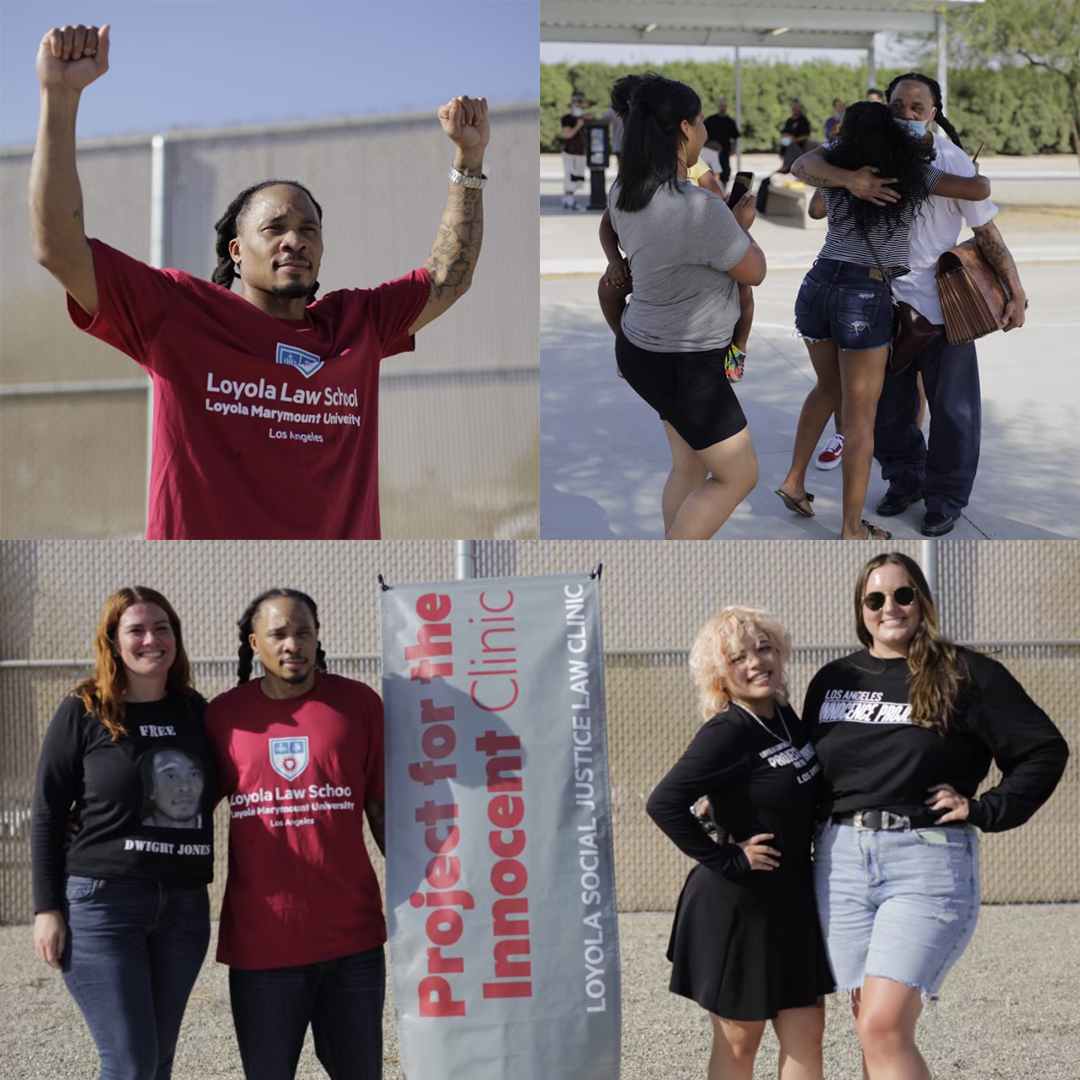 The Loyola Project for the Innocent (LPI) has secured the release of client Dwight Jones, who served 21 years of a life-without-parole sentence for a crime he did not commit. Jones, now 41, was released from the Lerdo Pretrial Facility in Bakersfield on Thursday, Sept. 9, 2021.

On Sept. 2, 2021, Judge Charles R. Brehmer of the Kern County Superior Court vacated Jones’ conviction, resentenced him to time served and ordered his immediate release. The judge made this ruling after considering a motion filed by the prosecution along with new evidence from numerous alibi witnesses, who saw Jones standing outside in front of his house at the time of the shooting.

The case stemmed from the August 6, 1999 Casa Loma Park shooting, a gang-related drive-by shooting that resulted in the deaths of two people and injuries to several others. Jones was wrongfully convicted of the crime on Sept. 11, 2000.

When Jones was arrested, he told police that he had been on the street in front of his house at the time of the shooting. But the most critical witnesses who could have attested to Jones’s alibi were not called to testify at trial, and he was convicted of two counts of murder, and four counts of attempted murder, along with multiple gun and gang enhancements. At just 20 years old, Jones was sentenced to die in prison.

“Jones has maintained his innocence since the time of his arrest in 1999,” said LPI Program Director Adam Grant.

LPI obtained statements of numerous former and current gang members, as well as community members who knew Jones, corroborating what Jones told police in 1999: that he was not a gang member and, therefore, had no motive to commit this crime. Additionally, LPI sent critical evidence for DNA testing thanks to grant funding received from the Department of Justice. The DNA testing excluded Jones as the contributor of a smudged palm print on the vehicle used in the drive-by shooting that was likely left by the shooter.

While LPI was prepared to take Jones’ case to an evidentiary hearing in an effort to overturn his conviction, the Kern County DA’s office offered a deal that would permit him to enter an Alford plea to reduced charges and result in his immediate release. Given the uncertainties of post-conviction litigation and potential ensuing appeals, as well as Jones’s desire to get home to care for a family member suffering from a terminal illness, Jones accepted the DA’s offer.

“As Dwight fought to prove his innocence over the past 21 years, every letter he wrote was signed ‘Dwight Jones, An Innocent Man,’” said LPI Senior Staff Attorney Megan Baca. “Finally, after having spent more than half his life behind bars, Jones will walk out of prison as a free man.”