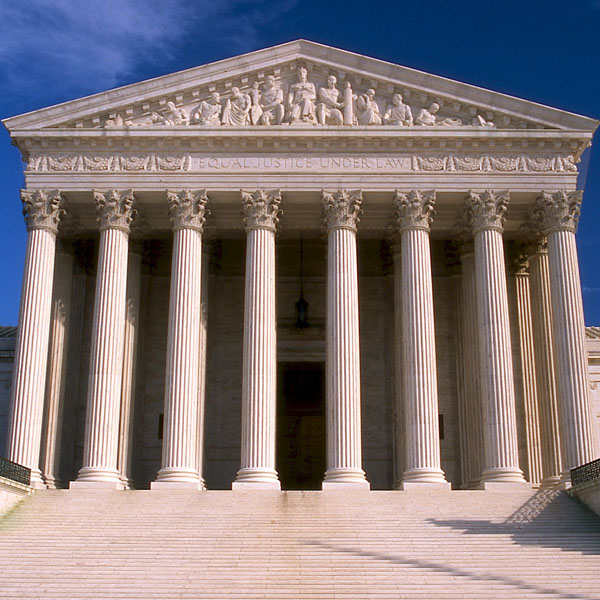 When it comes to the U.S. Supreme Court nomination process, Professor Kimberly West-Faulcon is a highly sought-after analyst. A close follower of the Senate confirmation hearings for Brett Kavanaugh, her insights have helped shape the national dialogue on the future of the high court.

“The president has grown more powerful over time because the Supreme Court hasn’t stepped in to constrain it,” the James P. Bradley Chair in Constitutional Law told the Christian Science Monitor for its story, “At Kavanaugh Hearings, Questions of How Much Power a President Should Hold.” “But if you have a president who does cross the line and it’s a blatant constitutional line, we want and need a Supreme Court that’s willing to police that president. If we don’t have that, then the whole point of separation of powers has failed.”

West-Faulcon has also provided Kavanaugh-hearing commentary to KPCC-FM's "AirTalk." Previously, she was a key voice of analysis in the confirmation process for Associate Justice Sonya Sotomayor. During the 2009 testimony, she provided running expertise to the Los Angeles Times.

"As to how she came out in the confirmation hearing, I think she looked fabulous and accomplished the goal of appearing judicious. She left an overall impression of a moderate judge who is restrained. To the extent that was her goal and that of the Democratic senators, it was achieved," West-Faulcon said in a July 2009 story.

Kavanaugh seeks to fill the vacancy created by the retirement of former Associate Justice Anthony M. Kennedy, often looked to as the so-called swing vote on another area of West-Faulcon’s scholarship interests: university affirmative action policies.  West-Faulcon’s voice has been a part of the dialogue surrounding news reports on groups challenging affirmative action policies at universities on the basis that they discriminate against white and Asian American applicants. This was due in large part to her law review article, “Obscuring Asian Penalty with Illusions of Black Bonus,” published by the UCLA Law Review. The article, part of a large portfolio of her scholarship on the subject, “raises questions regarding the accuracy of blaming affirmative action favoring African Americans—a Black bonus—for racial discrimination against Asian Americans—an Asian penalty.”

West-Faulcon has closely followed the lawsuit filed by Edward Blum, noted opponent of voting rights laws and affirmative action, alleging that Harvard University discriminated against Asian Americans with its affirmative action policies. She previously followed the related case of Fisher v. University of Texas, also championed by Blum, in which the U.S. Supreme Court validated the university’s consideration of race as one of myriad factors in college admissions. In an amicus curiae brief, she advocated for the university’s position based on data she studies.

After the Fisher opinion was announced, West-Faulcon noted that it distinguished “racial affirmative action from racial discrimination.” On SCOTUSBlog, “Surprisingly, Facts Rule the Day in Fisher II,” she wrote: “Kennedy took step one away from viewing the Equal Protection Clause as a race-blindness entitlement provision and one step toward eventually returning the Equal Protection Clause to its intended role as a rights-protecting provision.”

The spate of admissions challenges has a close nexus with another of West-Faulcon’s interest areas: race and testing. An expert in psychometrics and law, she studies the scientific meaning of standardized tests. The James P. Bradley Professor of Constitutional Law’s classes include Intelligence, Testing & the Law.

Prior to teaching, West-Faulcon was a celebrated civil rights litigator. Originally a prestigious Skadden Fellow in the New York office of the NAACP Legal Defense Fund LDF), she went on to direct the Los Angeles office of the LDF before becoming Western Regional Counsel and Director.