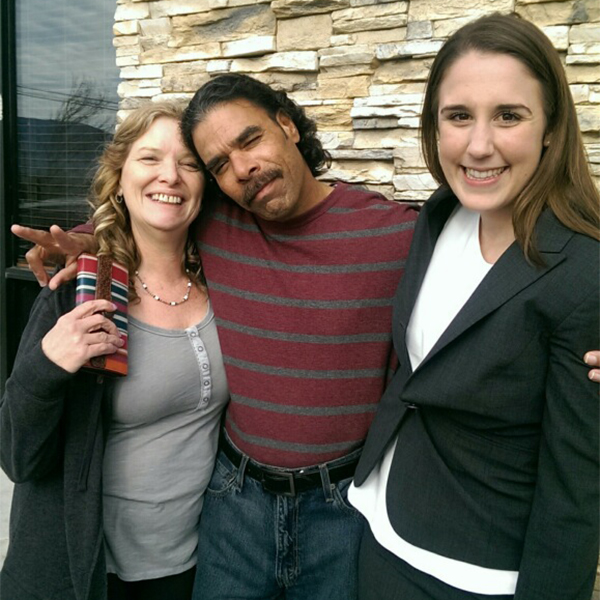 In 1981, at just 16 years old, Frederick Summervilles was one of the first youthful offenders ever sentenced as an adult in California. His sentence was 15 years to life. More than 33 years later, thanks to the passage of California’s SB 260 and the work of the Juvenile Innocence & Fair Sentencing (JIFS) Clinic at Loyola Law School, he walked out of prison on Friday, Jan. 9.

Summervilles had been denied parole 12 times before staff and students of JIFS, part of Loyola’s Center for Juvenile Law & Policy, began working on his case. The clinic helped Summervilles develop a fuller picture of his life before the crime and his subsequent growth in incarceration. They were able to do this because of SB 260, the so-called “Youth Offender Parole Hearing Act,” which gives inmates convicted as juveniles an opportunity to present evidence of their “youth and its hallmark qualities,” as the Supreme Court put it in Miller v. Alabama.

JIFS staffers and students worked with Summervilles to construct a narrative of his troubled upbringing, which included parents who suffered from substance abuse and later orphaned him. He was raised primarily by an older brother, who encouraged delinquent behavior in the impressionable Summervilles. Based on this and other information presented at a hearing in fall 2014, a parole board granted Summervilles’ release.

“SB 260 allows prisoners to talk about their childhoods in ways they never before could,” said JIFS Director Chris Hawthorne. “We were able to explore elements of Frederick’s childhood and growth in prison that showed he was not a person who belonged in custody even one more day.”

Student Christina Bazak ’15 worked under Hawthorne’s supervision to help represent Summervilles at his hearing. As part of her work, she visited him weekly in prison and even helped bring him home. Through it all, she learned a valuable lesson: “In law school, you’re taught to analyze the facts closely. Without facts about a prisoner’s childhood and growth, how could a parole board really do that?  SB 260 closed a loophole.”