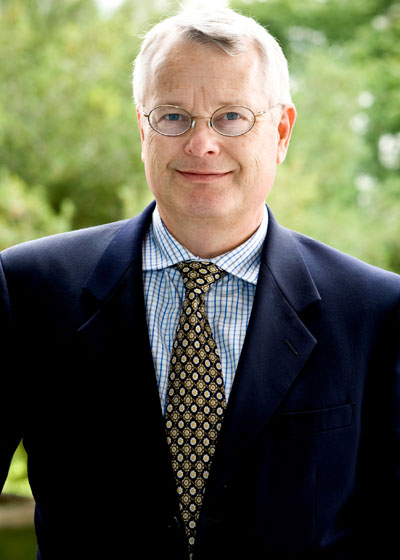 Professor John Nockleby is founding Director of the Civil Justice Program and the Journalist Law School at Loyola Law School. A graduate of Harvard Law School, he served as an editor of the Harvard Law Review. He subsequently clerked for the Honorable Francis D. Murnaghan, Jr. of the U.S. Court of Appeals for the Fourth Circuit. He then practiced as a civil rights lawyer in North Carolina, where, under the tutelage of famed civil rights lawyer Julius Chambers, he argued numerous cases in the trial and appellate courts, participated in three cases decided in the U.S. Supreme Court (each 9-0), and served as a cooperating attorney with the NAACP Legal Defense Fund. Nockleby was appointed lead counsel in many class action lawsuits, focusing extensively on issues of race and gender discrimination, constitutional, and tort issues. Shifting from practice to academia, he began his teaching career at Loyola Law School. He served as a Visiting Professor at Harvard Law School from 1993-95, and again in 2000, and remained on Harvard’s adjunct faculty between 1995-2000 while teaching full time at Loyola. He has also taught at Northeastern University School of Law, the Southwest Institute of Law and Political Science in Chongqing, China, and in Loyola’s summer program in Costa Rica.

Nockleby’s research interests lie in supporting access to justice in the courts, particularly for underrepresented populations; the impact of new technologies upon privacy; the First Amendment and torts. In the infancy of distance learning, the Berkman Center at Harvard Law School published his online courses on privacy which were taught to thousands of participants around the globe. More recently, Loyola offered its first-ever online course, Technology & Privacy, which Nockleby and Professor Karl Manheim jointly teach. His other publications include essays on the First Amendment, the civil jury and the civil justice system, the politics of tort retrenchment, and privacy.  He has taught from his own torts textbook for several years, and is lead author of The Journalist’s Guide to American Law (Routledge, 2012; paperback ed. 2014). The latter volume grew out of the development of the Journalist Law School, and reflects Loyola’s and its faculty’s continuing commitment to fostering public education concerning the justice system.

In 1996, the Consumer Attorneys of Los Angeles (CAALA) honored Nockleby with their Education Award. In 2011, the American Board of Trial Advocates (ABOTA) appointed Nockleby an Honorary Diplomate. He was named by Loyola’s graduating day class with the 2016 Excellence in Teaching award.