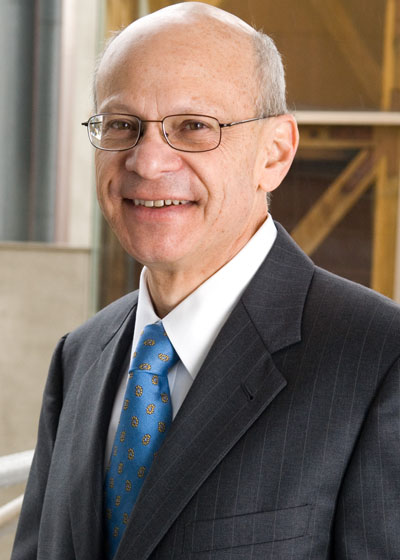 Professor Victor Gold joined Loyola’s faculty in 1984 and was named 16th Dean of Loyola Law School and Senior Vice President of Loyola Marymount University in January 2009 after spending a year as interim dean. He retired from the position of Dean in June, 2015 and returned to full time teaching.

During his tenure as Dean, Loyola’s endowment grew by over 75% and the school added five new academic chairs and dozens of endowed scholarships.  The Law School also expanded clinical opportunities for students and its public interest program, establishing the Project for the Innocent, the Immigrant Justice Clinic, the Capital Habeas Litigation Clinic, the Employment Rights Clinic, the International Human Rights Clinic and the Taxpayer Appeals Assistance Clinic, among others.  The Law School started The Fashion Law Project, the Alarcón Advocacy Center, the Semester-in-Practice Program and the Advocacy Institute.  Loyola created the Intersession and the Academic Success program.  Loyola’s graduates achieved one of the highest bar pass rates in California.  Loyola launched four new graduate-degree programs and a new joint-degree program.  The number of post-graduate judicial clerkships increased dramatically, as did support for diversity programs.

Professor Gold is the author of several books on the Federal Rules of Evidence. He has also written numerous articles on evidence law and advocacy. Widely considered one of the country’s top experts in evidence law, Professor Gold served as a CBS News legal analyst from 1994-97. He taught in Loyola's LLM program at the University of Bologna, Italy, in 2006 and was a Visiting Fellow at Wolfson College, Cambridge University, England.  Dean Gold earned an Excellence in Teaching Award from the graduating class of 2007.  He is a member of the American Law Institute.

Prior to teaching at Loyola, Dean Gold was a tenured law professor at Arizona State University and an associate at Nossaman LLP in Los Angeles, where he declined an offer to become partner to pursue his teaching career. He graduated Order of the Coif from UCLA School of Law, where he was an editor of the UCLA Law Review.