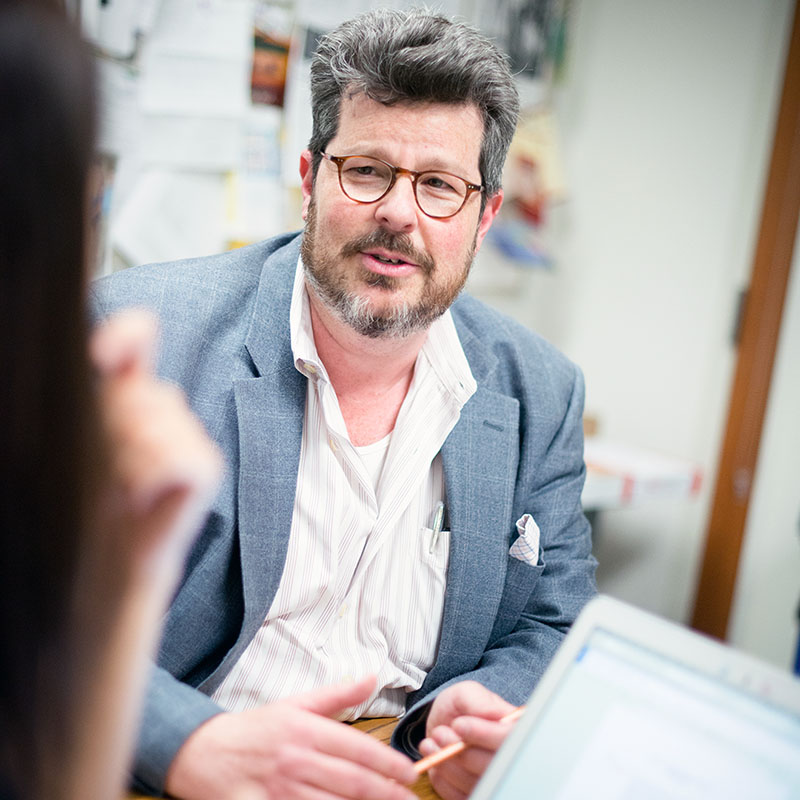 What’s it like to be in a prison cell, for decades, without the chance of parole, for a crime you didn’t commit? Adam Grant — a former writer, actor and musician — knows this about as well as anyone who hasn't served time could. “These people don’t smile for years on end in some cases,” says Grant, who is Program Director for Loyola’s Project for the Innocent, a clinic he helped found in 2011 with Professor Laurie Levenson.

Grant began this cloudy fall day in Compton, trying to get a onetime gang member to speak to him about a murder case from nearly two decades ago. Another day was more hopeful: Grant waited outside Men's Central Jail in downtown Los Angeles for hours on end so that a man he had helped free would not have to celebrate his release by walking onto an empty street. (Neither the prisoners nor their advocates or families know exactly when they will be let go.)

Other times, he and his team of students and Loyola faculty dig around for sources and witnesses. (Contrary to television, forensic evidence matters a lot less, especially in old cases.)

“I never thought of being a lawyer until I was almost 40,” says Grant, a native New Yorker who spent years on the edge of the entertainment industry. An entirely ordinary stint of jury duty, though, showed him that “real life, and the stakes for people, are so dramatic and poignant.”

After volunteering at several social-justice groups, he enrolled at LLS. “I could immediately see that this was where I belonged,” Grant says. “I was so much happier when I figured that out. I found helping people exciting and intoxicating.”

The work is not easy: it means getting a retired cop who has no reason to talk about a case from decades ago, or finding someone to sit in a witness stand and admit they lied 30 years ago.

And training students to do the same work is incredibly rewarding. It means they can truly make a difference, helping someone who has spent years in prison for a wrongful conviction find freedom.

“You hope the students will literally never forget that day for the rest of their lives,” Grant says. “You get to see a guy hug his mother for the first time in 30 years. It’s an incredible thing to witness.”