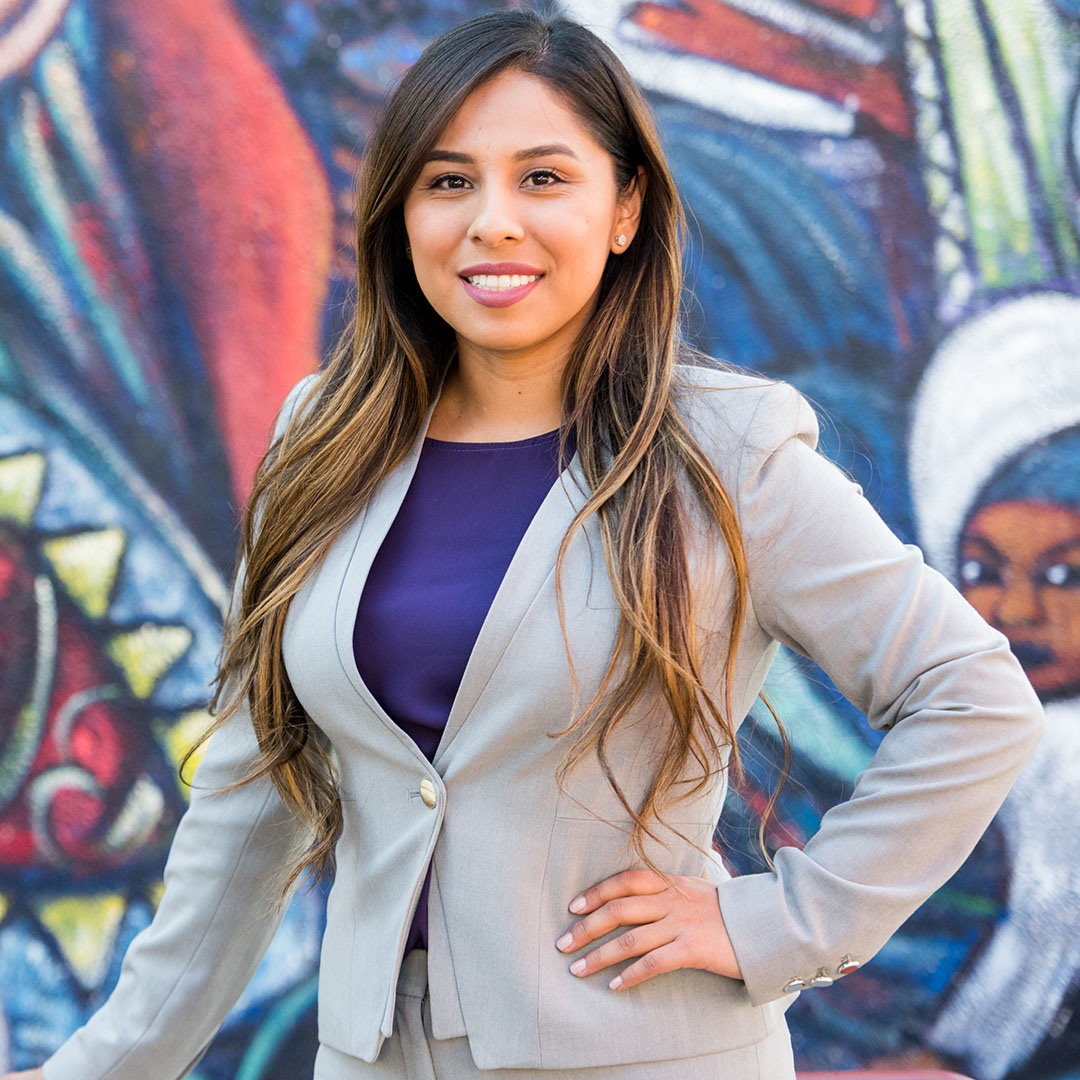 A native of East Los Angeles from an immigrant family, alumna Ruiz always wanted to be of service to others in her community. When she arrived at Loyola Law School, Los Angeles as a new student in 2012, she could see she’d come to the right place to achieve her goal. Now, she comes to work every day ready to help immigrants solve their Deferred Action for Childhood Arrivals (DACA) as well as myriad other immigration legal issues.

“I always knew that Loyola was dedicated to serving the community,” she said. “This is a law school that is very supportive of attorneys who want to be in public service.”

Ruiz was in her second year of law school when Loyola supported two new graduates — Marissa Montes and Emily Robinson — in establishing the Loyola Immigrant Justice Clinic (LIJC), one of several clinics on campus where students represent real clients.

Students in the immigration clinic handle their own cases, including conducting factual and legal research, as well as making and carrying out decisions about how the cases should proceed. Ruiz signed up immediately. Before long, she and a partner had achieved the clinic’s first win by obtaining a U-visa for an undocumented client escaping abuse at home.

After graduation, Ruiz spent a few months working at an immigration firm. But she quickly returned to Loyola when she saw an opening for a staff attorney at the LIJC. “Loyola prepared me very well to be engaged with the community and to hit the ground running,” she said.

The clinic strives to protect the rights of indigent immigrants in East Los Angeles who cannot find legal help elsewhere. It is the only community-based, law school-housed immigration clinic in the country. Students work under the supervision of clinic founders Montes and Robinson. Ruiz and a couple of other staff lawyers represent clients from the community directly.

One clinic focus has been helping young immigrants brought to this country as children to obtain and keep protection under the Deferred Action for Childhood Arrival, or DACA, program. Since January 2016, the clinic has assisted more than 500 DACA applicants — including nearly 100 helped during a daylong special event in late September after President Donald J. Trump announced he would cancel DACA.

As a member of an immigrant family herself, Ruiz has had a lifelong interest in these issues. But it was the few months she spent in Central America as an undergraduate that cemented her goal to practice immigration law. Ruiz studied at the Universidad de Costa Rica in San Jose. “But I didn't go just to explore a new country and have fun,” she stressed.

She volunteered with a Jesuit organization aiding immigrants, many of them children, who were escaping to Costa Rica from war-torn Honduras and Nicaragua. “Honduras is the most violent country in the Western Hemisphere,” she said. “These were the children of war.”

She is thrilled, however, to be home and at Loyola helping the people of East Los Angeles. “It’s a privilege to come back to the community that I initially went to law school to serve,” she said.

Want to make a difference in your community? Schedule a campus tour and find out how Loyola can equip you for the next chapter in your life.