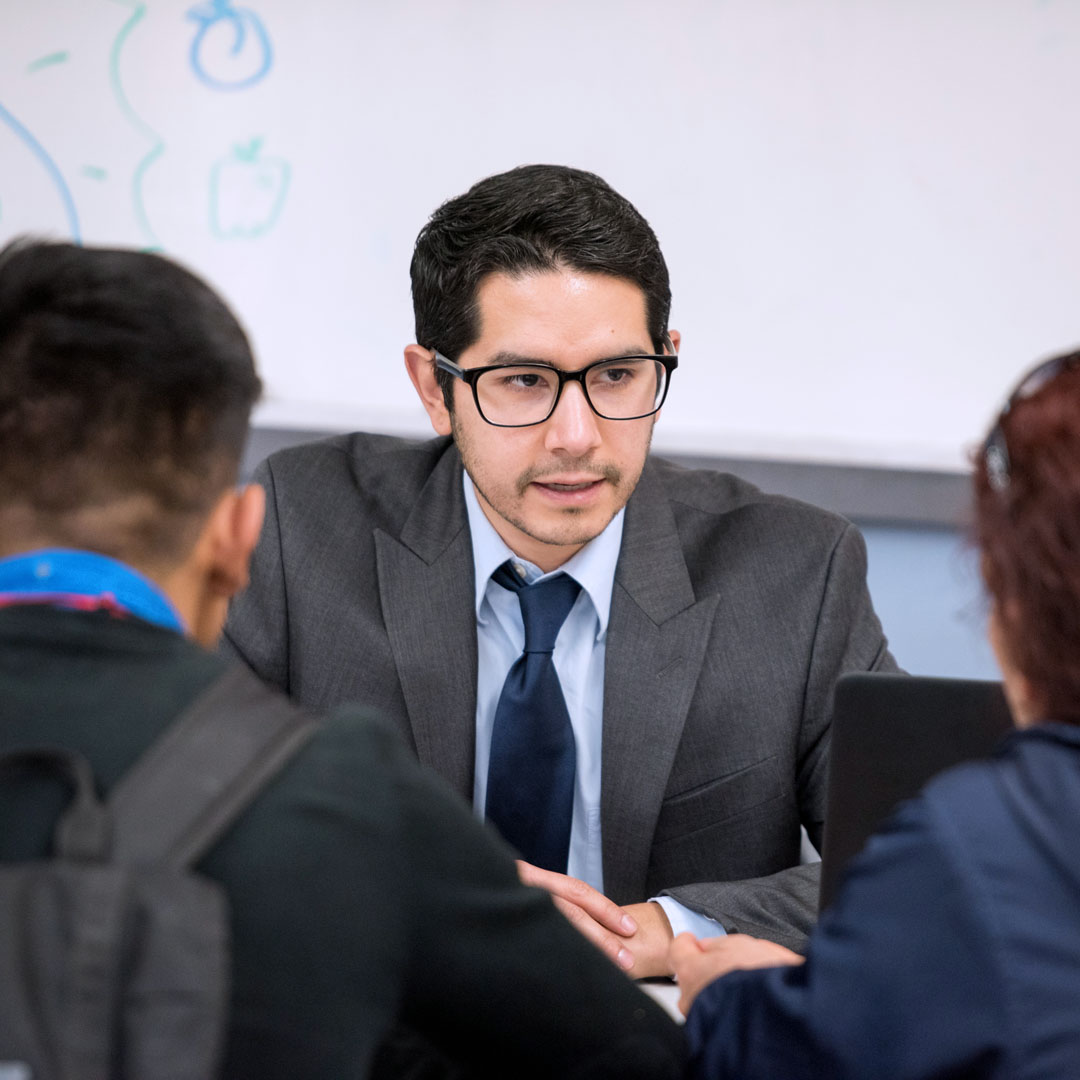 The Loyola Immigrant Justice Clinic has been at the forefront of advocacy for Deferred Action for Childhood Arrivals (DACA) since the program’s inception in 2012, but this year the Clinic intensified its efforts in the wake of significant changes promised by the Trump Administration.

The future of those with DACA, which provides temporary relief to those brought to the U.S. as children who met certain age, status and education or military service requirements, was called into question with an order from Attorney General Jeff Sessions on Sept. 4, 2017.

The LIJC already has assisted with more than 420 DACA applications and renewals since January 2016, but since Session’s announcement, that number has begun to rise rapidly. With an impending Oct. 5, 2017 deadline for DACA recipients to file renewals, the LIJC trained volunteers to help with the additional workload to help process at least 100 DACA renewals during a special event held on the Law School campus on Saturday, Sept. 16. The event was covered by KCAL, Telemundo, The Los Angeles Times, Univision and many others.

Loyola immigration-law experts have been a key part of the national dialogue on DACA, offering their perspectives to a variety of media outlets in the hope of providing some tangible actions and encouragement to those whose DACA status is in jeopardy.

Professor Kathleen Kim, faculty adviser to Loyola’s Immigrant Advocacy Concentration, helped assess exactly what is at stake for those enrolled in schools. “Depending on their state, students who lose their DACA status are at risk of losing their tuition eligibility,” Kim told PRI’s “The World.” “There are many schools that have proactively worked toward increasing scholarship funds for those and other undocumented students.”

Elsewhere, LIJC attorneys opined on the impact DACA’s rescission will have on society. “DACA has impacted family stability and building of communities. It has allowed parents to work legally in the U.S. and earn an income in order to provide for their families, which include their own parents, their children and extended family members such as their siblings,” LIJC Co-Director Marissa Montes ’12 told the San Francisco Chronicle.

As the need for immigration services escalates, Loyola staff attorneys, professors and students underscore their pride in Loyola’s commitment to public service. “We are fortunate to be part of Loyola Law School where we are truly trained to be lawyers for others,” said Robinson.

Loyola Marymount University’s President, Timothy Law Snyder, also has come out strongly in support of undocumented students. Snyder has expressed his position publicly via Twitter, in interviews with news media including The Atlantic, and in a community letter where he stated, “Since the advent of DACA, we have experienced its profound benefits for our students and its positive impacts on our university and our nation. Dreamers on our campus have been and are exemplary scholars and leaders. Thanks to DACA, these students and alumni have pursued opportunities in business, education, tech, and nonprofit sectors. They contribute actively to our communities and they strengthen our economy. They represent what is best about America, and they are essential to our future.”

Want to make a difference in the community? Volunteer to assist with DACA-related issues as an attorney or student by emailing lijc@lls.edu. Or consider giving to the LIJC’s important work by clicking here and selecting "Loyola Immigrant Justice Clinic" as your designation.