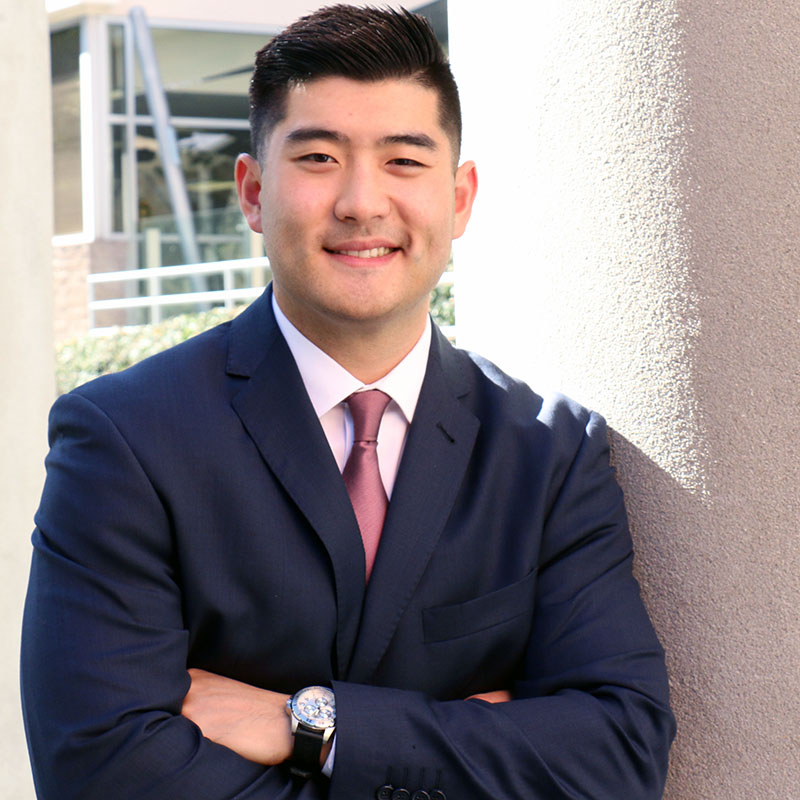 Vince Xu ’18 is an entrepreneur. Before he entered Loyola, he’d already created and run an entertainment promotion business and was in the process of launching a hot sauce company. He was drawn to Loyola because of its Law and Entrepreneurship Concentration.

“I didn’t find any other law school offering that concentration, and it definitely swayed my decision,” Xu said.

Fresh from University of California, Irvine, Xu spent six months in Shanghai as an on-set intern for a TV show called “Happy Tuesday.” Back home in Southern California, he started his entertainment business, which promoted and hosted parties for colleges and other groups at several clubs and bars.

“It was really fun when I was young,” the 25-year-old second-year student said, “but it wasn’t really sustainable.” Law school was always his plan.

Around the time he was applying, he and a partner began their business producing and marketing a chili oil-based hot sauce, using a complex recipe from the partner’s father. Xu said their Lahtt sauce (Lahtt is Cantonese for hot) has more substantial flavors than just liquid peppers, among them bacon, shrimp and smoked salmon — plus “a satisfying afterburn from the Hunan peppers.”

Xu and his partner sell Lahtt sauce at farmers’ markets, including the iconic Original Farmers Market at The Grove, pop-up food events and a few upscale groceries. They are working with a food manufacturing company to ramp up production. The sauce business takes about four hours of his average day, while he devotes another six to classes and studying.

Xu is particularly looking forward to taking the two required MBA classes at Loyola Marymount University’s Westchester, Calif. campus – especially one in which teams create business projects from scratch. “Law informs so much of good business practice, and there is a lot that I don’t yet know,” he said.

Loyola’s professors have been very encouraging, and Xu has been impressed by the personal involvement the faculty have in their student’s success. The Entrepreneurship Concentration’s adviser, professor Shannon Treviño, has provided guidance and has even suggested networking contacts.

At Loyola, Xu serves on a panel of student advisers for the Career Development Center. He is the president of the Asian Pacific American Law Students Association, which puts on social events and sends groups of volunteers to pro bono legal clinics, primarily in areas with large Asian-American populations such as the San Gabriel Valley.

“It’s a great practical experience for us to work together with clients,” he said. “I’m learning so much about how to get my business off the ground.”