Dedicated to Underserved, Grad to be Miami Public Defender 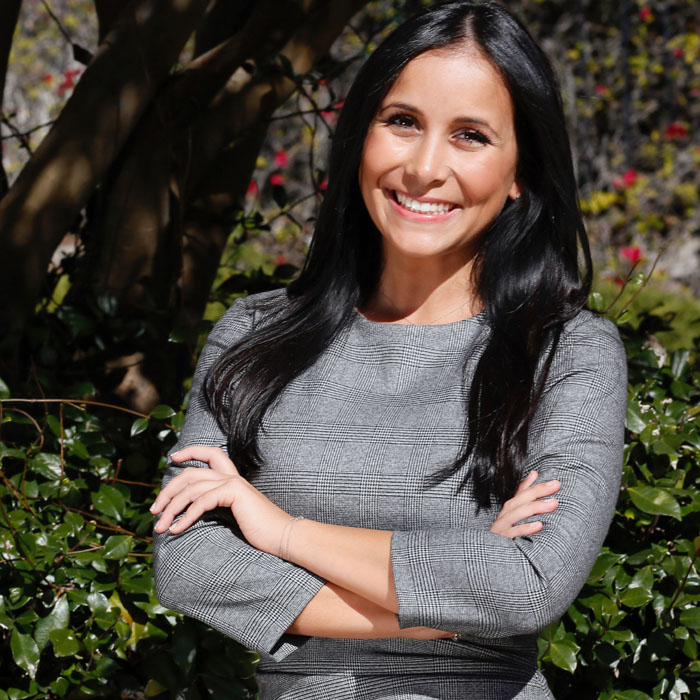 “I realized I wanted to represent individuals who feel like they have no voice,” she says. Her dream has come true: After taking the bar exam this summer, she will start work as a public defender in Miami.

Khani chose Loyola Law School, Los Angeles after learning about its focus on experiential training. Loyola’s efforts in courtroom preparation have received high marks: U.S. News & World Report ranks the Law School as No. 6 in the country for trial advocacy.

“Loyola really knocks it out of the park with its practical-training offerings,” she says. “It’s great that you have the ability to deal with real clients with real cases.”

In her second year, Khani joined the Juvenile Innocence and Fair Sentencing Clinic, in which students represent people sentenced to life in prison without the possibility of parole for crimes committed as juveniles. As a certified law student, she can represent clients in parole and resentencing hearings as well as in California courts.

Khani has found success in court. She and two other students argued and secured a Los Angeles Superior Court decision in May that paved the pathway for a client’s release. The next step will be arguing for him before the Board of Parole Hearings. In another case, Khani traveled to a state prison to argue in front of the Board for another client’s parole.

Khani also is part of a team that persuaded the California Supreme Court to order the Second District Court of Appeal to reconsider a client’s resentencing on appeal. “You can go into court and argue on behalf of your client,” she says. “You manage your own caseload. You decide what to put into motions.” In addition, Khani says learning from Professors Hawthorne and Kennedy has been one of the best experiences she’s had at Loyola.

Recently, she and two other students filed a habeas corpus petition for a client who claims he did not commit the crime that sent him to prison. “I found my calling advocating for individual rights,” Khani says.

Khani’s initial plan for her law career was to represent employees and other individuals in civil litigation. She hasn’t abandoned that goal. “I’m very passionate about both civil and criminal law, and I’m lucky to have the opportunity to do both at Loyola,” she says.

This year, in addition to the Juvenile Innocence and Fair Sentencing clinic, she is taking Clinical Professor Gary Craig’s Civil Litigation Skills Practicum. A former Sidley Austin partner, Craig is leading the class through all the steps of a mock employment case from the defense side. They draft memos, file documents, handle discovery and make motions.

“It’s very practical,” she says. “The class is engaging and you treat the class as if you are in a real law firm.”

She has worked summers for an employment law firm and for the Los Angeles City Attorney’s civil division. She also externed last year for U.S. District Judge John A. Kronstadt.

On top of it all, Khani is an active student leader. She is the co-president of the Iranian Law Students Association and has served as a student liaison for the Los Angeles County Bar Association.

“It’s always important to stay busy in law school. It’s only three years,” she says. “Once you get out, employers expect you to get the ball rolling.”

Want to make a difference in your career? Learn more about or apply for Loyola’s JD Evening Program today!