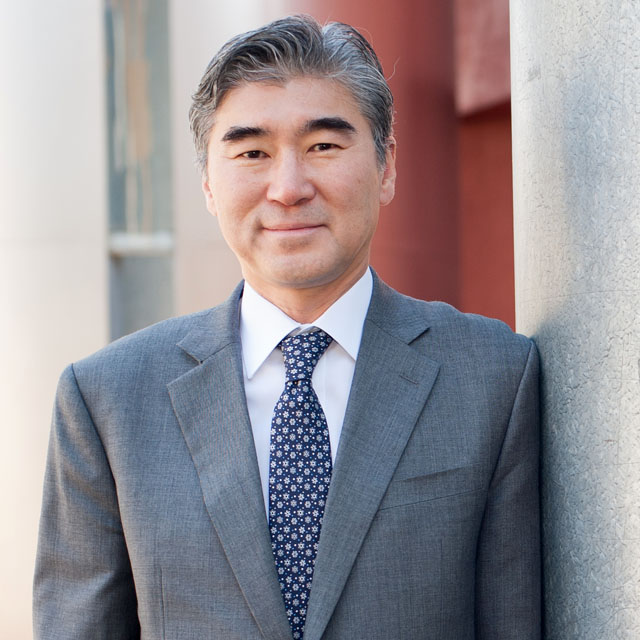 When the White House was searching for an expert with deep experience to help plan its June 12, 2018 summit with North Korean leader Kim Jong-un, it turned to Loyola Law School, Los Angeles alumnus Sung Kim ’85. Given his credentials, the selection is no surprise.

A former U.S. Ambassador to the Republic of Korea and later U.S. Ambassador to the Philippines, Kim served as special envoy to the six-party talks over North Korean nuclear disarmament nearly a decade ago. The talks brought representatives of North Korea together with delegates from the United States, South Korea, China, Japan and Russia in response to North Korea’s withdrawal from a major non-nuclear treaty. Delegates were able to secure some concessions from North Korea before talks broke off.

Diplomacy was not Kim’s first foray into public service. After graduating from Loyola Law School, Kim became a prosecutor with the Los Angeles District Attorney’s Office. That experience, combined with the skills he learned at Loyola, set the stage for his career in international relations.

“My legal background and way of thinking are helpful in many contexts, including diplomacy,” said Kim, who was the first Korean-American U.S. Ambassador to the Republic of Korea, his country of birth. “Loyola’s practical and well-rounded education prepared me not only for my role in the DA’s Office, but also in a more general way for diplomatic service.”

For Kim, the critical thinking and communication skills taught in law school are useful in many circumstances, “whether you are working on a case, advocating U.S. policy abroad or working on America’s important foreign relations.” His core tenets are promoting security and free trade, as well as encouraging global cooperation – all of which benefit from the lawyering skill of anticipating other parties’ arguments.

Kim’s passion for public service is strong. As a student focused on a career in public service, Kim appreciated Loyola’s focus on training attorneys for others. “Loyola’s support for public service work fostered values and skills that I took with me after graduation and still maintain today,” he said.

Learn how a degree from Loyola can help you make a difference in the world. Register for a campus tour or learn more about the application process.