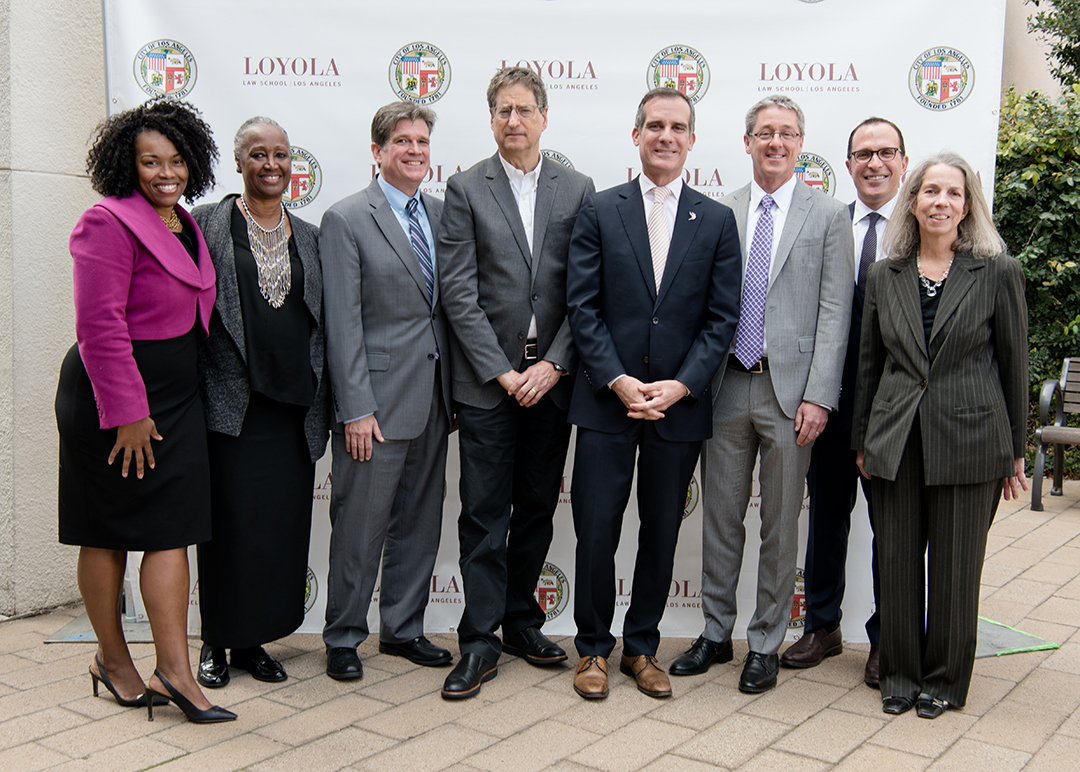 The Center for Juvenile Law & Policy (CJLP) at LMU Loyola Law School is pleased to announce that Sony Pictures Entertainment has committed $500,000 from the Sony Social Justice Fund to support the Collateral Consequences of Conviction Justice Project (CCCJP) in its continuing efforts to help clients reclaim their lives after incarceration.

The gift will help the CCCJP continue representing clients seeking to clear their records for purposes of employment, immigration, child support and professional licensing. Since its establishment in 2017, the CCCJP has successfully trained 52 law students – and future attorneys – to provide these services by supervising their representation of 420-plus clients in more than 1,200 re-entry issues.

“Sony wanted to make a real-life impact on anti-racism in our community. They hit the mark by supporting our students’ pro bono work expunging and sealing people’s records,” said Sean Kennedy, Kaplan & Feldman Executive Director of the CJLP, noting that the collateral consequences often have the most impact in disenfranchised communities.

In many instances, CCCJP clients are left with few employment prospects following convictions for low-level, non-violent crimes. This often exacerbates and perpetuates income disparities that already exist in communities of color, which are disproportionately represented in the criminal justice system.

“People who are getting released from prison have a difficult time finding employment,” said CCCJP Director Elie Miller, a former public defender and in-house attorney at Homeboy Industries. “The CCCJP works with clients to prepare and file petitions seeking the dismissals of the clients’ eligible convictions. If the dismissal is granted, the clients can move forward to obtain employment.”

The CCCJP’s work, and Sony’s support of it, is manifested in the many clients who have already been served. “One bad mistake almost completely ruined my life,” said Curtis, a client whose name is shortened to protect his anonymity. “If you work to progress and change yourself, I feel like you should get a second chance. And that’s something that Loyola offers people like me.”

The gift is just the latest development in a long-running relationship between the CJLP,  Sony Pictures and Tom Rothman, Chairman of Sony Pictures Entertainment Motion Picture Group, whose support was critical to the 2018 launch of the CCCJP and the umbrella Loyola Social Justice Law Clinic.

“This is a great social justice partnership between Sony and LLS that offers immediate, practical help to struggling communities while advancing anti-racism efforts in L.A.,” said Kennedy.