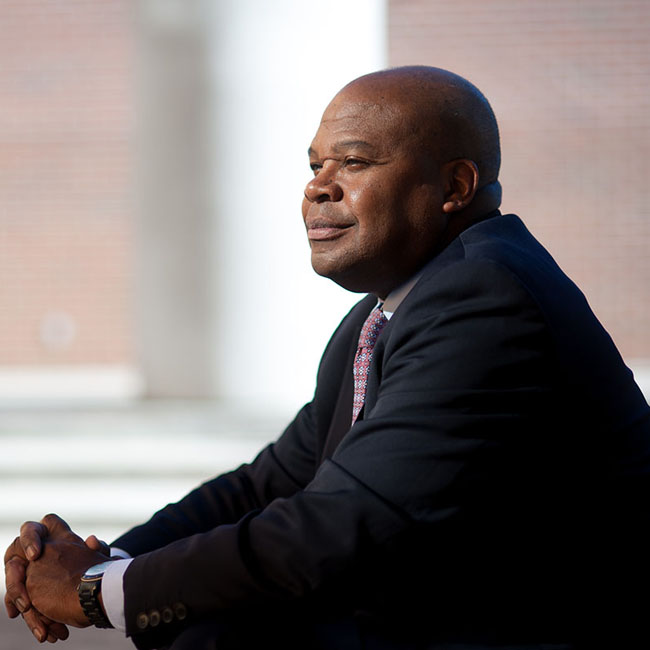 Los Angeles County Deputy District Attorney Robert “Bobby” Grace ’87 came to Loyola because the Jesuit tradition of helping people aligned with his personal values. “My passion is trying to do the right thing,” said Grace. “I’m fortunate that in my job I don’t have to question that I’m doing the right thing. My job isn’t to win jury trials; it’s to get justice.”

Justice is the underlying motivation of Grace’s current role in the Conviction Integrity Unit of the LA County District Attorney’s Office. In the new department, he is charged with reviewing wrongful-conviction claims, many of which would not have been reviewed unless law school’s innocence project became involved. Such units are rare, but send a strong statement that the DA’s office is serious about reversing injustices

"I believe that one of the essential missions of the criminal justice system should be to seek truth,” said Grace. “This new position allows me the opportunity to seek truth in a venue that is consistent with the duties of prosecutors"

Grace’s work in the Hobbs District Attorney Clinic helped prepare him for his future career as a prosecutor. This highly competitive program gives students the opportunity be a certified law clerk in the D.A.’s office. “A lot of D.A.’s in Los Angeles took that class,” he said.

His desire to serve extends outside the court room. He’s been spotted on campus assembling backpacks with essentials like soap, toothbrush and socks for homeless families as part of Loyola’s Attorneys for Others. The group of alumni and students distributed the essentials to homeless families at LA’s Union Rescue Mission on Skid Row.

“I found a lot of people are caught up in criminal justice because of long-standing social economic issues,” he said. “One way to help is to provide basic needs. If we can do that, maybe that will be one person who won’t commit a petty theft or steal because their basic needs were met.”

As a member of the Alumni Association Board of Governors, Grace mentors recent graduates. He notes the next generation of lawyers coming out of Loyola will lead the way toward positive change. “They are doing groundbreaking clinical work for the LA community, like the Project for the Innocent and Immigrant Justice Clinic. These are important trends in the industry. Students who do this work are motivated. And wherever you see passion, you will see movement.”