Alum’s Startup LeaseLock Soars Thanks to Constellation of Skills 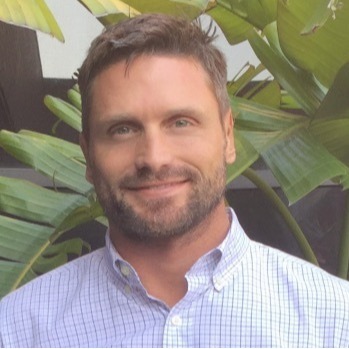 When Reichen Kuhl ’16 founded LeaseLock, a burgeoning company that is revolutionizing the business of apartment security deposits, it fused a diverse set of skills the alumnus had amassed over his time as an Air Force officer, reality show competition winner and entrepreneur.

Kuhl’s vision for a company that would replace security deposits with a form of insurance was born a decade ago out of his own experience dealing with strict income requirements established by skittish New York City landlords. Forced to enlist a friend to cosign on a lease, Kuhl began researching the risk instruments used in multifamily residences for a better approach.

“What I found was on security deposits, both renters and the property owners hated them,” he said. So he started the LeaseLock website where he offered to cosign on behalf of New York City renters challenged by the expensive barriers to entry. He selected 12 people from the initial 200 applications he received, cosigning on $400,000 worth of rentals. None of his clients defaulted, and he ended up making a nice profit.

When things went just as well the second year, he saw a business opportunity: establishing an insurance platform that could work at scale to insure leases in the thousand, or millions. As luck would have it, he was just embarking on his JD path at LMU Loyola Law School, which proved fortuitous.

“The law degree has been everything,” he said. “Law school classes were amazing for me because they were real-time, as I was forming insurance customer contracts. Those classes gave me so much confidence.”

Armed with his legal knowledge, Kuhl and a partner grew LeaseLock out of their headquarters in Marina del Rey. They set their sights on mega-landlords: Those with 1,000 units or more. Along the way, the company has grown its client base, employee roster and pool of interested investors. One important marker: LeaseLock is about to embark on Series C funding, a traditional marker of success that is typically used to scale up a startup.

Meanwhile, as LeaseLock grows, Kuhl is surrounding himself with talent – much of it from LLS.

“I have hired three lawyers from Loyola Law School on our legal team. They make me smarter,” he said. “The great thing is we all have the same type of training. We're all kind of high achievers. We bounce ideas off each other, we had the same professors, so it's been a good experience.”

No stranger to overcoming the odds, Kuhl won the fourth season of the reality-show competition The Amazing Race. He and a partner won $1 million for their efforts in the competition that had them traveling throughout Europe, India, Asia and Australia.

When asked why an inordinate amount of lawyers and law students succeed on reality competitions, Kuhl offered, “I think the reason is because lawyers are go getters. Especially California lawyers. You get into a good California law school and pass the bar and get a job – you didn't do that on accident.”

It probably didn’t hurt that Kuhl traveled the globe as an Air Force officer. He entered the service after attending the highly competitive Air Force Academy, where both Massachusetts Sen. Ted Kennedy and U.S. Rep. Barney Frank recommended he be appointed.

As a law student, Kuhl drew on his history in the Air Force and as a flight instructor to do work as an aviation consultant for a plaintiffs firm. “I was the only one in the division who had actually been a commercial pilot and flight instructor,” he said. “When the reports would come in for black box recordings, I could analyze them. Same with the instrument clusters. I could analyze exactly what was going on before the accident happened.”

Kuhl looks back on his military experience as a critical building block in the evolution of his career – both legal and beyond.

“I appreciated my veteran experience so much more after I became a lawyer. When you become a lawyer, you kind of get a crash course on everything that's going on in life that you didn't know about before,” he said. “The Air Force gave me discipline. If it weren't for the challenges I faced at the Air Force Academy and in the Air Force, I don't think I, personally, could have made it through those years of law school. And if it weren't for Loyola Law School and my professors there who pushed and encouraged me, I don't think I would have felt bold enough to pull the very heavy lift of getting LeaseLock off the ground. I am forever grateful.”