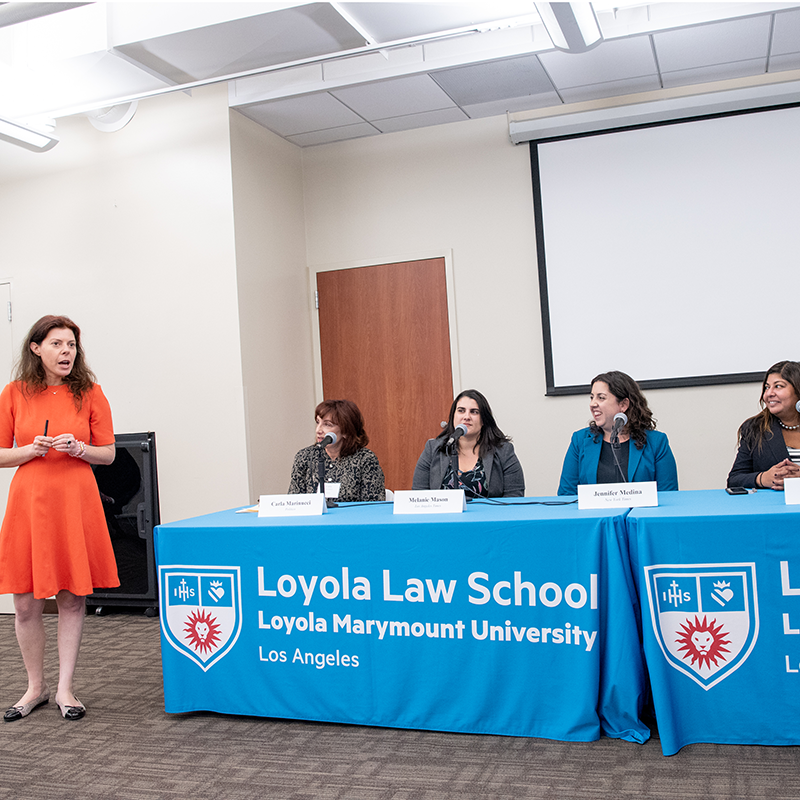 The Loyola Public Service Institute (LPSI) hosted “Preserving Free Courts and a Free Press” from 5-8:45 p.m. PST on Wednesday, Nov. 6, 2019 on the law school’s downtown Los Angeles campus. Panels covered the path to becoming a judge, threats to the media, and the assault on the judiciary. Panelists included distinguished jurists and seasoned journalists.

The event was co-sponsored by the California Judges Association and its Judicial Fairness Coalition. The LPSI is made possible through the support of Hon. Patty Schnegg ’77 and William Oppenheim.