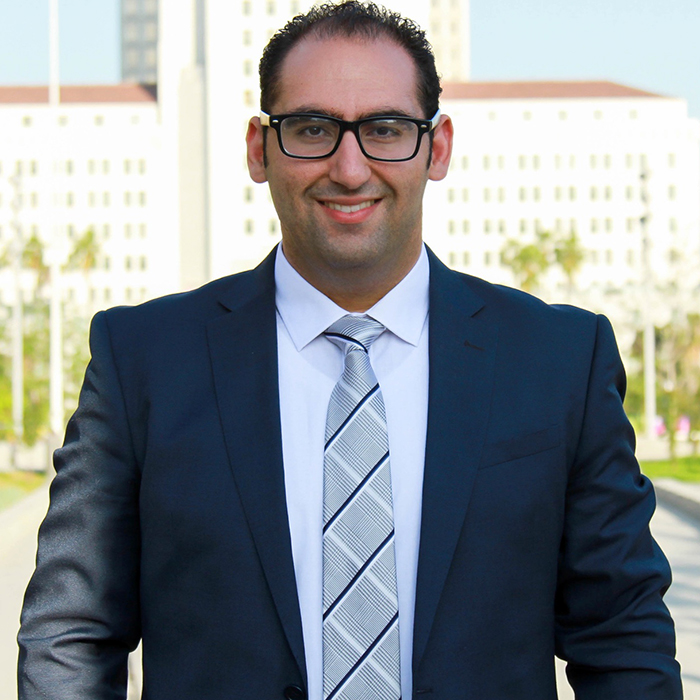 As president of the Armenian Law Students’ Association (ALSA), third-year Loyola Law student Nerses Aposhian works to support the educational and professional endeavors of his fellow Armenian students, and also encourages them to seek success “beyond the walls of work” by getting involved in the community at large.

As part of this effort, ALSA organizes events on campus with Armenian-American attorneys who work in various fields, including law, politics, business and non-profit. Recently, one of the last known Armenian Genocide survivors living in the U.S. shared his story on campus Aposhian says the Armenian Genocide — a systematic extermination of 1.5 million lives between 1915 and 1923 — fuels his passion for civil and human rights.

“The Armenian Genocide is not recognized by the U.S. government and 165 other countries,” Aposhian says. “It’s a human rights issue, and unless there is a coalition or people advocating for its recognition, recognition will not be achieved.”

Because he believes strongly that this is a human rights issue rather than simply an Armenian issue, as part of ALSA, Aposhian also encourages non-Armenians students at Loyola to join, attend events and participate in the community.

Aposhian’s work with ALSA goes hand in hand with what he appreciates most about the law school — “the limitless opportunities to affect change” and the people.

“Loyola is more than a law school; it is a family of highly talented, motivated individuals who are not merely scholars — they are difference-makers, champions for justice and the next generation of leaders in Los Angeles and beyond.”

Adds Aposhian - “I have created friendships with classmates, professors and the administration that will last far beyond my time here.”

When Aposhian first arrived at LLS, he wanted to be a criminal defense attorney, then he considered sports law. He’s changed his mind several times, but whether his future is in law, business or politics, Aposhian has realized there is one common denominator for whatever he will do.

“I want to help others, to make a difference in lives, and to make a situation a little better than before I got involved.”

Are you ready to make a difference?  Find out more or apply to Loyola’s JD program here.