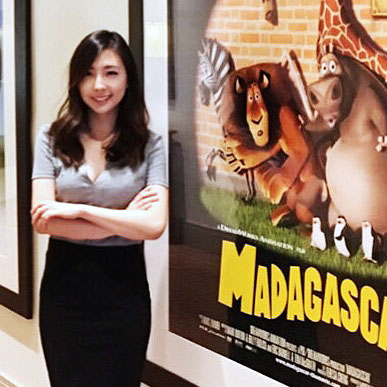 Michelle Juen, a rising second-year day student, is spending the summer helping draft deals in the Television Business & Legal Affairs division of DreamWorks Animation. A former legal assistant at Warner Bros. Entertainment Group, she leveraged both her experience in the field and her network for the opportunity to learn more about what it takes to get an animated television program on the air.

How did you land your summer job?

I applied through DreamWorks’ website without much hope because the department was looking for 2 and 3Ls. I still applied because I came into law school with almost two years of entertainment studio experience and hoped that would help. I later learned that a former colleague of mine was friends with the attorney hiring for the position. She kindly sent a letter of recommendation, and I was able to secure an interview.

How did the Career Development Center help you secure the position?

My career counselor understood that I wanted a studio position and allowed more flexibility when it came to resume design. She really listened to my requests and advised on what would be best for me, and the type of internship I was looking for.

What is the most interesting part of your job?

The most interesting part of my job is seeing first-hand how an idea evolves into an actual show for digital release. In animated TV production, the creative team generates storylines. The animators and voice actors bring the characters to life, while the composers and songwriters add music to the show. The Business & Legal Affairs department helps secure the company’s rights to these ideas and songs and attach writers, producers, directors and voice actors who will work on the shows. The legal team works alongside writers, animators, creators and the casting department daily to take a project form development to production.

What has been your most challenging assignment thus far?

I found analyzing rights agreements to be the most challenging part of my job. Rights deals are complicated because each deal is unique. I was tasked with drafting rights chain-of-title memos. This required finding and recording all pertinent agreements to a rights acquisition deal and analyzing the purchase price, the studio’s options, rights granted/retained, right of first look/refusal and more.

What new legal skill(s) have you acquired during your summer job?

In addition to gaining a better understanding of how royalties are calculated, I have enhanced my attention to detail. In the beginning, I tended to focus on getting main deal points right when drafting a contract, and would occasionally forget to check the corresponding paragraph references or whether a defined term was bolded. Now, I know to always check for even the most trivial errors because accuracy is the key to drafting an agreement.

What LLS courses have you found most helpful to your position?

As a first-year student, the classes I took were mostly theoretical. The most helpful was my Legal Writing & Research class, where I learned to write like a lawyer. Clear and concise writing turned out to be a highly transferable skill.