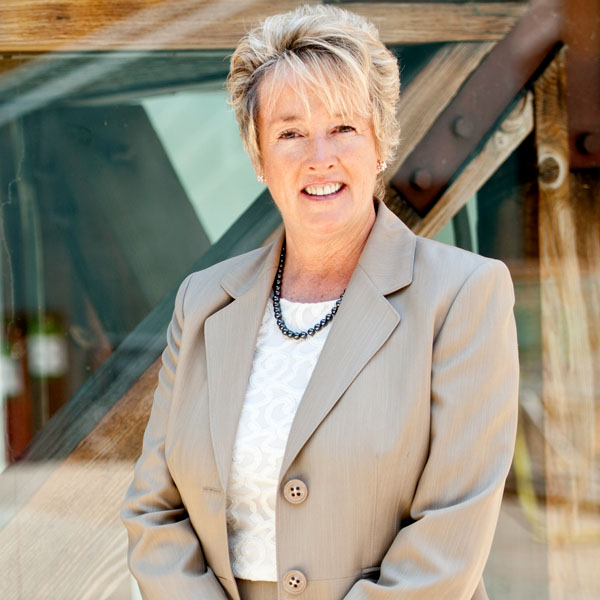 For screenwriter-turned-lawyer Professor Maureen Johnson ’96, successful legal drafting and script writing must do the same thing: win over the audience emotionally. It is a skill she honed at UCLA’s prestigious MFA screenwriting program before bringing it to Loyola as a Legal Writing professor and now founding editor of the new website #EQ4ALL@LLS, which features posts from contributors describing their commitment to equality.

Johnson was an appellate attorney and litigator at several large and small law firms before returning to Loyola, her alma mater, to teach full time. She considers herself a storyteller, and she wants the students in her Legal Writing & Research classes to be storytellers, too.

“As a screenwriter, your focus is on telling a story and making people feel and care,” she said. “In legal writing, you have to win the reader over in the heart and in the mind.”

Johnson has the research to prove that important principle. Last year, she published a law review article making the case that powerful stories, or “emotional hooks,” included in the first couple of pages of U.S. Supreme Court briefs play a definite role in the outcome of high-profile, 5-4 decisions.

The article, “You Had Me at Hello: Examining the Impact of Powerful Introductory Emotional Hooks Set Forth in Appellate Briefs Filed in Recent Hotly-Contested U.S. Supreme Court Decisions,” was a top download on the Social Science Research Network and featured on the prominent SCOTUSblog.

In her classes, Johnson teaches students to put an emotional hook into their advocacy briefs. “When it’s close, when the judge could go either way, you’ve got to make the judge care,” she said.

Now, Johnson is helping others find their voice via the #EQ4ALL@LLS website. Designed to help heal the sharp divisions that have arisen in the county, the site features posts from contributors describing why contributors, or others they know, are committed to fighting for equal treatment for all people. The common bond of empathy for others facilitates this goal.

The project’s purpose is to tell the stories of these individuals in order to foster a national conversation about equality for all groups. “What we really need is for everyone to be fighting for everyone else’s group. Equality for all really has to be for everyone. People in California can’t just keep yelling at people in the red states,” Johnson said.  “We all need to listen to each other, albeit with the understanding that prejudice will never be tolerated.”

Along with Loyola Legal Writing Professor Anne Wells and others, Johnson designed the project to present stories of equality from people of all points of view. Contributors also can post essays and “petitions for peace.”

Currently, most articles on the site are by or about Loyola students and professors. Johnson’s goal is to expand it to law schools and universities across the country so that there are stories and peace petitions from every state.

In the fall semester, Johnson intends to teach students how to find and interview people for the project and then write their profiles. “I plan on teaching students how to get that emotional hook in the profiles,” she said.  That skill is equally important to legal writing.  “It begins by listening, understanding, and genuinely caring about what you’re advocating for.”

When Johnson was a Loyola student, she was thinking of a career as a civil rights lawyer. Now, she said, “It’s wonderful that I was able to come back and do something like #EQ4ALL.”

Learn how you can find your voice and make a difference at Loyola! Schedule a campus visit.