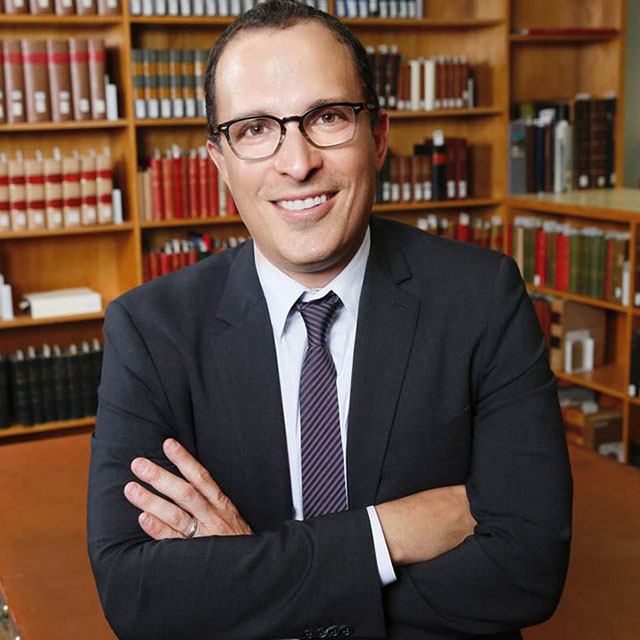 Michael Waterstone has been appointed the 18th dean and senior vice president of Loyola Law School, Los Angeles as of June 1, 2016.

In announcing the selection, LMU President Timothy Law Snyder said, “Professor Waterstone is a distinguished educator, accomplished academic leader and esteemed scholar. I am confident he is the right person to lead the law school into the next phases of its evolution.” Added Snyder, “He is a beacon of sound judgment, creativity, integrity and an understanding of the legal profession and its future.”

Waterstone is a leading scholar on the civil rights of persons with disabilities and an influential voice in the national disability community. He has published articles in top law reviews, authored a casebook, has testified before the United States Senate and has worked extensively with foreign governments and nongovernmental organizations internationally on disability laws. Waterstone previously served as the J. Howard Ziemann Fellow and professor of law at Loyola Law School.

Waterstone has taught at the University of Mississippi Law School, the University of Haifa and Northwestern Pritzker Law School. Daniel Rodriguez, dean and Harold Washington Professor of Law at Northwestern said, “Professor Waterstone’s appointment as Loyola’s next dean is a great decision by an ambitious law school. I am confident he will be a supremely successful leader for the school in this dynamic new era.”

Prior to his academic appointments, Waterstone practiced law in Los Angeles at Munger, Tolles & Olson, LLP. According to Glenn Pomerantz, a partner at the firm, “I was lucky to work closely with Michael when he was part of our law firm, and I know he is an outstanding lawyer with great judgment and people skills. Michael is well-known and highly respected across the Los Angeles legal community. Loyola has made an absolutely fantastic choice for its next dean.”

Waterstone joined Loyola’s faculty in 2006, and from 2009 to 2014 he served as associate dean for research and academic centers. He helped develop an ambitious networking program for first-year students that was recognized by PreLaw Magazine as one of the most innovative programs of the year. He has held appointments in both the California Bar and American Bar Association focusing on diversity issues. He clerked on the United States Court of Appeals for the Eighth Circuit for the Honorable Richard S. Arnold.

Waterstone will replace Paul Hayden, who has served in as interim dean since June, 2015, and Victor Gold, who served as dean of Loyola Law School from 2009 to 2015.

A native of Los Angeles, Waterstone earned his law degree in 1999 from Harvard Law School and his B.A. in political science from U.C.L.A.