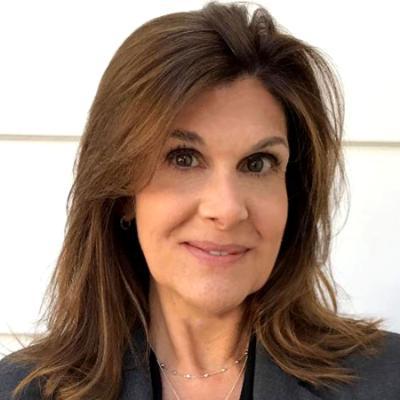 In her three decades as an entertainment lawyer in Hollywood, Julie Shapiro ’89 has negotiated deals and worked on contracts for major studios, top television networks, major talent agencies and A-list talent. Now, as the new director of LMU Loyola Law School’s Entertainment and Media Law Institute, director of the Entertainment Concentration program and an associate professor, she is bringing her experience and insider knowledge back to her alma mater.

Shapiro intends to focus on strengthening the entertainment alumni network. “An engaged and supportive alumni network is crucial to our students’ success. There are numerous ways for alumni to be involved,” she said. For instance, she hopes to form an advisory board of distinguished alumni who will provide strategic advice on student recruitment, career placement and long-term priorities.

Shapiro will also serve as an associate professor. The courses she teaches will be practical. “They will be process-oriented so that students understand all the business, financial and legal aspects of a deal,” she said.

Shapiro was drawn to the entertainment business by her love of musicals and live theater. She selected Loyola Law School because of its growing entertainment law program and reputation for ethnic and economic diversity. “It was a school that understood the need to look at the whole person in the admissions process,” she said.

Shapiro worked through law school, seeking out internships and clerkships with the business affairs and legal departments at entertainment companies.

After graduating, rather than join a law firm, she went to work for the famed William Morris Agency (WMA). As was customary at the time, she started in the mailroom. Within months she knew that she didn’t want to be an agent and that business/legal affairs was her passion. Shapiro spent five years at WMA working in business/legal affairs for the agency’s television department. “They threw me deals no one wanted because I was a baby lawyer,” she said. “That’s how I learned.”

Creating business and legal affairs departments in entertainment companies became something of a theme in Shapiro’s career. Oprah Winfrey’s new OWN cable television network hired her to help launch its department in 2009.

Later, she led the formation of the first business and legal affairs department in the 50-year history of the prestigious APA talent agency, while also serving as the company’s general counsel. She moved in 2016 to Disney Television as head of Business Affairs for Freeform Network.

Then in late 2017, she returned (in a sense), to William Morris. She joined Endeavor Content, the film and television production company owned by Endeavor, the same company that acquired William Morris in 2009 and later renamed it WME.

Offers to head business and legal affairs departments came in, but she turned them down when a Loyola Law School alum and friend told her about the opening to head the law school’s entertainment law program.

“At this stage of my career, I want to give back,” she said. “Returning to Loyola makes perfect sense.” Shapiro’s goal is to create “a wildly successful student experience where students are given the opportunity to gain the knowledge and skills necessary to practice upon graduation.” In short: “I want to create opportunities for a new generation of entertainment lawyers,” she said.