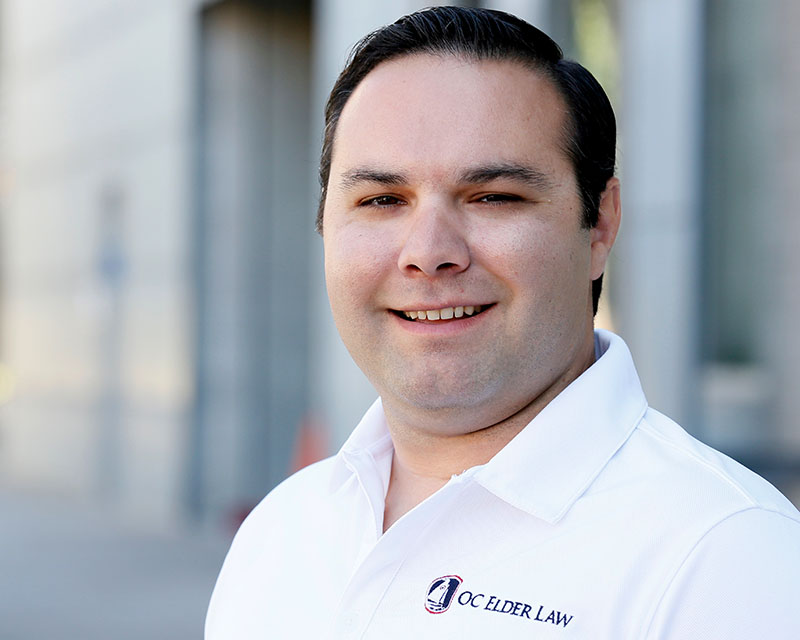 For alumnus Joshua Ramirez ’14, a Joint JD/Tax LLM degree was a fast pass to becoming an established attorney.

“The LLM has definitely accelerated my career very quickly,” said Ramirez, an attorney at OC Elder Law by Marty Burbank. “Even highly experienced attorneys want to co-counsel with me. They view me as an expert because of the in-depth training I’ve received in this topic from Loyola.”

Ramirez found his current calling after meeting elder law attorney Burbank at a lawyers’ prayer group. Burbank, who is now his partner, persuaded Ramirez that to be the best estate planning lawyer he could be, he should obtain an LLM in tax as well as a JD. Ramirez did both simultaneously in Loyola’s “amazing” Joint JD/Tax LLM Program.

The clients at Ramirez’s firm need expert knowledge about income tax, property tax, capital gains and tax planning, as well as estate taxes, he said. That’s why the firm’s third attorney also plans to obtain an LLM from Loyola.

A youth pastor before coming to Loyola, Ramirez ’14 has a long history of cultivating relationships with the underserved – a common theme at Loyola. He saw the Law School as an ideal  place to develop a practice helping seniors as an estate planning and elder law attorney. “Loyola is one of the few law schools that have an Elder Law course,” he said.

Ramirez, who finished No. 1 in his class, said that what made the course special was that in addition to teaching students the law, alumna and Adjunct Professor Ruth Phelps ’75 would “talk to us about what clients are going through and why they think a certain way,” he said. “It helped me develop the ability to see different sides of an issue.”

Ramirez laughs that at the beginning of his law journey, he once complained to Professor Ellen Aprill that he didn’t understand why Loyola so emphasized community involvement, pro bono and public interest work. Aprill, founder of the Western Conference on Tax Exempt Organizations, responded that those were among the school’s core values. She suggested he could both be successful and give back by practicing elder law and estate planning. Ramirez responded by taking every class of Aprill’s that he could. It all paid off. Today, Ramirez is barely three years out of law school and has already been celebrated by OC Attorney magazine. Not only that, but he’s found his passion.