At Juvenile Sentencing Clinic, Students Get Their Day in Court 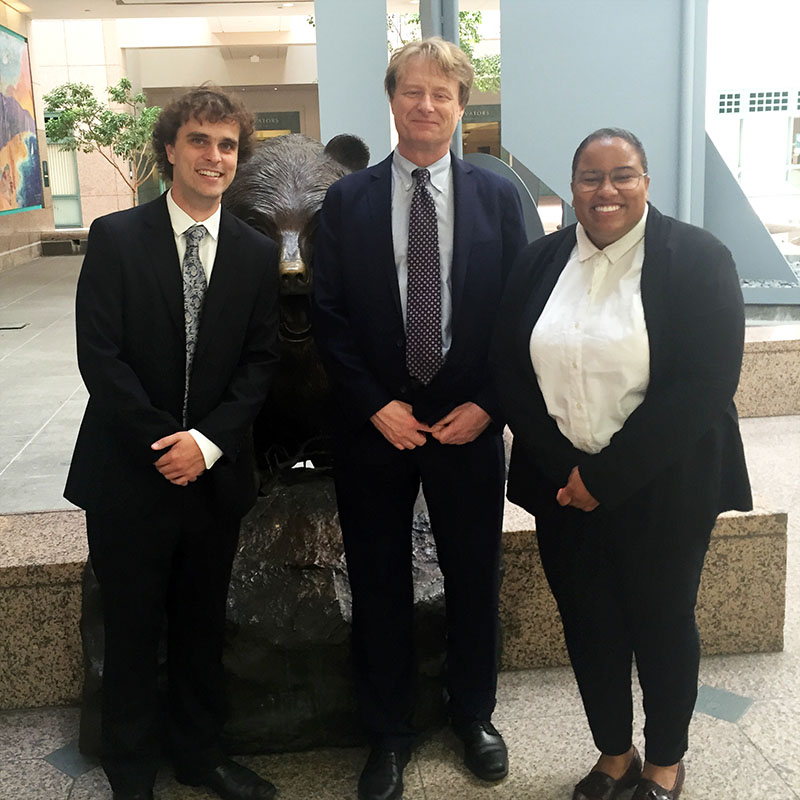 Culminating a year in which students in the Juvenile Innocence & Fair Sentencing Clinic (JIFS) wrote 15 appellate briefs, argued motions in four different superior courts, represented clients at five parole hearings, and welcomed three clients home after being released on parole. Clinic students also did five oral arguments in California Court of Appeal: four in the Second District and one in the Fourth District.

“I don’t know another clinic in the country that focuses solely on juvenile post-conviction litigation,” said JIFS Clinic Director Chris Hawthorne ’00, a professor of law who came to Loyola after a career in private practice. “When Maureen Pacheco and I started this clinic, we had no idea that juvenile mass incarceration and oversentencing would be the No. 1 civil rights issue in California. Without Miller v. Alabama, which declared mandatory juvenile life without parole unconstitutional, and its progeny, we would have no remedy for the over 15,000 youth serving long sentences in California prisons.”

“Argument in the Court of Appeal serves a number of purposes: First, it is a commitment to our clients. We don’t stop fighting for them, even when we lose in the trial court. Because we’re at the beginning of a civil rights movement, we can expect to lose quite a bit,” said Hawthorne. “Oral argument is also part of the commitment to our students to provide them with real post-conviction litigation experience, and that includes courtroom experience. Every one of our students will function as an attorney in a post-conviction hearing, an appellate argument or a parole hearing. Many of our students appear in multiple venues. And yes, they do a lot of research, investigation and writing, as well.”

Some notable examples: In August 2016, Clinic student Lauren Sapp ’17 and alumnus Michael Petersen ’16 argued People v. Brown before the Second District Court of Appeal. Alumnus Joseph Magazenni ’15 did the same in People v. Bell, a case he started working on in 2013, during his third year as an evening student.  In May 2016, clinic students Seth Hancock ’16, Tara Khani ’17 and Marisa Sacks ’17 were victorious in Norwalk Superior Court, persuading the judge to resentence their client from life without parole to a parole-eligible sentence.

“The JIFS Clinic is small, but we are intense,” said Hawthorne.  Operating with a director, Staff Attorney Susan Harbert, Mitigation Specialist Efrat Sharony and with valuable help from Center for Juvenile Law and Policy  Kaplan & Feldman Executive Director Sean Kennedy ’89, the clinic handles more than 25 active cases with only a dozen students who work tirelessly to effectively represent their clients. Because of their work, JIFS staff members are recognized as leaders in the juvenile justice movement and are regularly asked to lead trainings of attorneys and potential clients.

“When we win our cases, we win because we are committed and prepared,” said Hawthorne.  “Our students work very hard, but they leave this clinic knowing their stuff.”