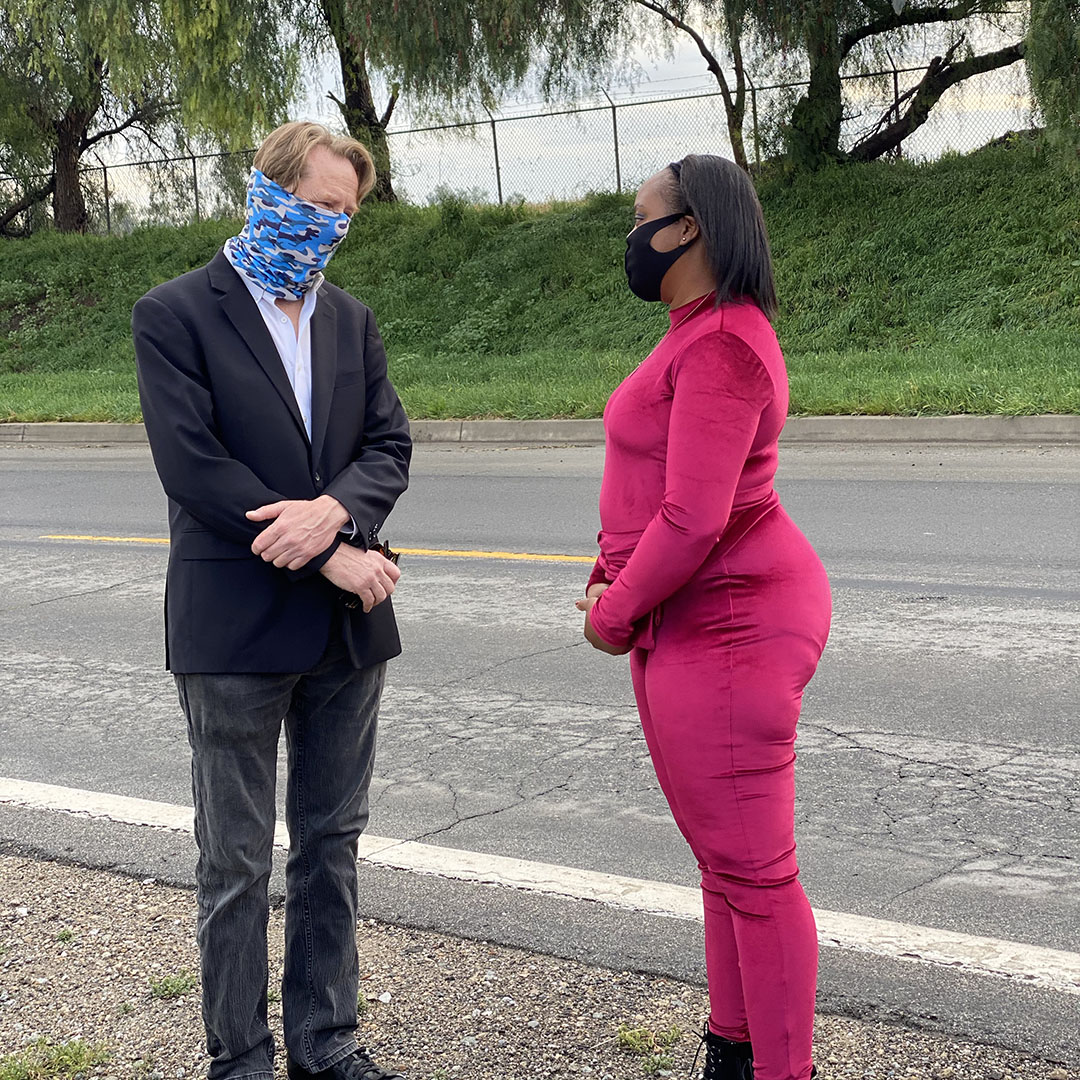 Kiera Newsome, client of the Juvenile Innocence & Fair Sentencing (JIFS) Clinic at LMU Loyola Law School, was released from prison on Tuesday, April 7, 2020 after two decades behind bars thanks to the work of JIFS students and attorneys who secured the commutation of her sentence and her release on parole.

Newsome’s release stems from a 2018 grant of clemency by then-Gov. Jerry Brown in response to a 2013 petition filed on her behalf by JIFS. Her release from the California Institution for Women was ordered after Gov. Gavin Newsom took no action on her case.

Newsome was arrested for murder when she was only 16 years old and was sentenced to 60 years to life in prison. She has maintained her innocence for the duration of her nearly 20 years of incarceration. Her story, and JIFS' involvement in it, was the focus of the episode "The People v. Kiera Newsome" on KCET-TV's "SoCal Connected," which covered her release.

“We have long believed in Kiera’s honest and compelling assertion of her innocence,” said Professor Christopher Hawthorne, JIFS director. “We are doing everything in our power to ensure that this innocent woman quickly returns to her family. It is heartbreaking that Kiera’s family has not seen her except behind bars for over 18 years.”

Together, the team pieced together the true story of the case: That Newsome was miles away at school at the time of the crime, that she was not a gang member, and that another person committed the murder – a fact that was well known by the eyewitnesses to the crime. Students also provided Newsome with much-needed support as she continued an impressive program of rehabilitation and parole-hearing preparation, even while serving time for a crime she did not commit.

“While getting Kiera out of prison was our first and most important task,” says Hawthorne, “clearing her record and having her declared factually innocent is still our ultimate goal. Justice will not be done until Kiera has been completely exonerated.”

JIFS has seen unprecedented success in its efforts to secure clemency for its clients. Newsome and three other JIFS clients were successful in their petitions for clemency in the final days of California Gov. Jerry Brown’s term.

So far, JIFS has secured commutations on behalf of nine of the 15 clients for which it has applied for clemency. Last year, its students conducted more than two dozen mitigation and resentencing hearings, achieving reversals in four of five cases appealed at the California Court of Appeal. Since it launched, JIFS has also worked to educated inmates about Juvenile Offender Parole Hearings and other initiatives that recognize the unique circumstances of those convicted as youth.

The Juvenile Innocence & Fair Sentencing Clinic is part of the Loyola Social Justice Law Clinic, which houses the law school’s 20-plus live-client clinics. It is one of three clinics comprising the Center for Juvenile Law & Policy. The CJLP was created in 2004 to foster systemic reform of the juvenile justice system by participating in and encouraging research, discussion and advocacy in the field and developing policy initiatives for systemic change. It provides a place for stakeholders to meet and discuss issues in an atmosphere that promotes constructive cooperation. Since its inception, the CJLP has trained more than 250 new attorneys and dedicated almost 80,000 pro bono hours to more than 500 children in 1,000-plus delinquency cases in L.A.’s neediest communities. Learn more at www.lls.edu/cjlp.