A Sense Of Community 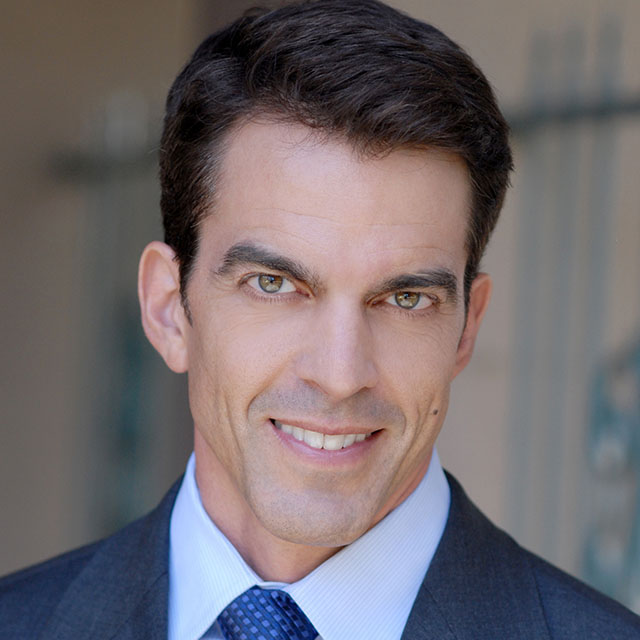 Hayden Adams '17 has made countless life-or-death decisions –- at least on stage. If that wasn’t inspiration enough for the seasoned actor to pursue a legal career, a desire for career stability was.

Adams has had commercial and critical success as a stage actor and screenwriter. During the 1990s, he performed as Marius in the national tour of “Les Misérables.” He also performed in the off-Broadway comedy, “Strictly Personal,” wrote and performed a one-person show and penned screenplays.

The plot of Adams’ life thickened when he got married and began a family. A latent interest in the law – cultivated by a love of legal-themed shows and a spec script for “The Good Wife” – became an active fascination. In 2013, he enrolled at Loyola, where the JD evening program afforded him the opportunity to earn a law degree while maintaining his acting career.

The evening program is ideal if you’re working and you have a family,” said Adams, who also works part-time for a lawyer and operates a fitness business in LA.  Adams successfully wrote on to the Loyola of Los Angeles Law Review, where his article on insider trading was selected as the best student article of the year and chosen for publication. He now serves as a note and comment editor.

He also has externed for a federal district court judge and the U.S. Attorney’s Office. He has already secured a clerkship for 2017-2018 with the Honorable Deborah Saltzman, U.S. Bankruptcy Court, Central District of California.

Adams intends to pursue a career in business litigation. He acknowledges that his acting background may come in handy in the theater of the courtroom were he to become a trial lawyer.

“The professors are personally committed to our success both in and outside of school,” he said. The classroom environment is extremely supportive, and he pointed out that his other classmates are all working professionals—many of whom are also juggling careers and families.

Professors and other students often work to connect Adams with alumni. And Loyola’s strong alumni network has often provided him with critical advice and feedback. Ultimately, Loyola offers Adams support and direction, and for that he’s grateful. “The big thing here is the sense of community. It’s awesome,” he said.