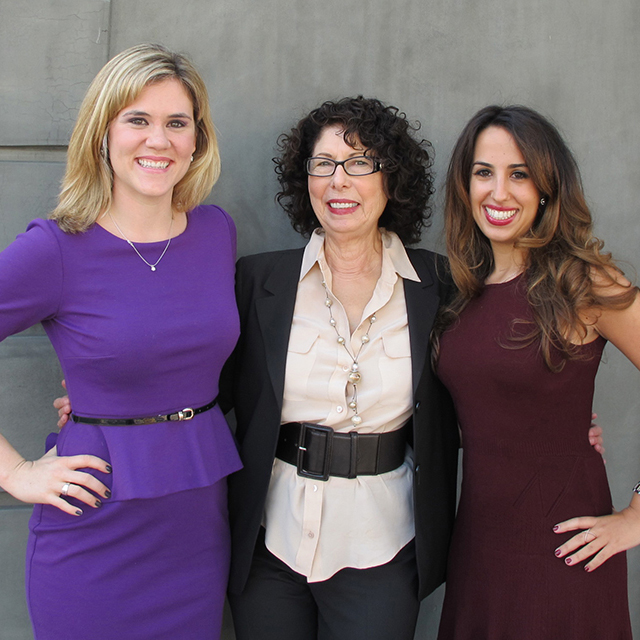 When you’ve watched TV episodes or movies, you’ve seen the work of Loyola Law School alumnae Natalie LeVeck ’11 and Jessica Kantor ’09. Both masters of “papering” Hollywood deals, they have been instrumental in negotiating and drafting contracts critical to everything from blockbuster movies to ground-breaking web-only series.

At Sony, LeVeck’s star continues to rise and she credits her experience in Loyola’s Entertainment Law Practicum with giving her a strong foothold in the industry. The practicum requires students to complete 56 hours of field work at entertainment-law internships.

“The contacts I made while interning via Loyola’s Entertainment Law Practicum have been invaluable to my career in entertainment law,” said LeVeck, who had stints at NBC Universal, MGM and Lionsgate Entertainment during law school. “The hands-on experience of the internship I did was how I learned many of the things I do.”

As general counsel for New Form, Kantor also oversees corporate and legal strategy to bring to the public a diverse range of innovative web series. Heralded by the Hollywood Reporter on its “Next Gen 35 Under 35” list, she constructs deals that give emerging producers and directors a chance to shine in new media.

Both alumnae honed their talent for deal-structuring at Legendary Pictures, the studio behind such blockbusters such as the “Hangover” trilogy, “Inception,” and the “Dark Knight” series. At Legendary, Kantor was vice president, Business and Legal Affairs; LeVeck was senior counsel. They worked to hammer out production deals for a range of titles, following a film from development until release.

Kantor shares LeVeck’s sentiment about her Loyola experience. “Through the Entertainment Law Practicum and the relationship I built the practicum’s Executive Director Barbara Rubin, I was able to obtain and successfully complete my first entertainment law internship.” That internship helped Kantor create a life-changing career in entertainment.

Loyola makes great lawyers. Are you ready to make a difference in your career? Fill out your JD application now, and get a head start on our Feb. 3 application deadline.