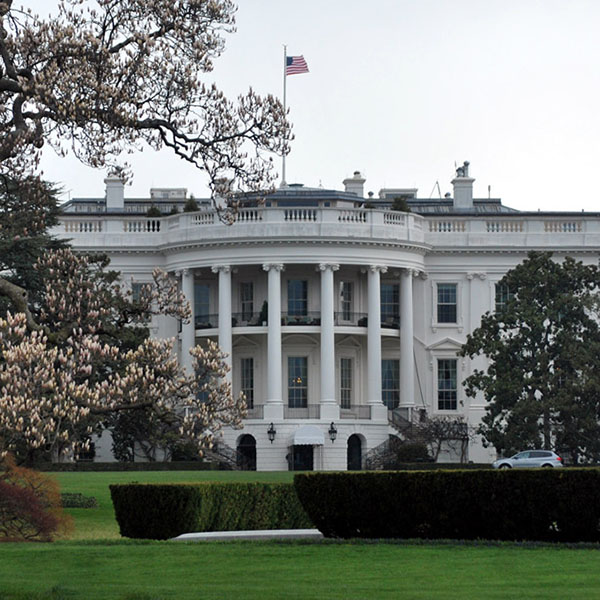 Loyola professors are providing analysis on legal issues related to the presidential administration.

Loyola Law School professors have provided context and analysis to the ongoing story of the Trump campaign’s alleged contacts with Russian representatives. Professor John Nockleby, director of Loyola’s Civil Justice Program, opines on a new civil lawsuit filed against the Trump campaign for its dealings with Russia in the San Francisco Chronicle op-ed, "Civil Suit Against the Trump Campaign Just Might Succeed."

Other professors have helped journalists assess the likelihood that Trump administration or its affiliates may face criminal liability for their alleged Russian contacts. Professor Laurie Levenson, a former assistant U.S. Attorney, told Politico: “The more likely crimes have occurred through false and misleading statements” for its story, “What is Collusion? Is it Even a Crime?”

Professor Jessica Levinson lent her opinion on the topic to Vox.com, providing her analysis in the story, “Trump Administration: There’s No Evidence of Collusion. 12 Legal Experts: Yes, There Is.”

“To the extent that President Trump's then-campaign chair, Paul Manafort, and son-in-law, Jared Kushner, knew about the Russian government's desire to provide them with valuable information about Hillary Clinton that would help the campaign, this raises the prospect of conspiracy to commit an offense against the United States or to defraud the United States,” says Levinson, explaining the potential ramifications of revelations that Donald Trump Jr. arranged a meeting with a Russian lawyer.

Professor Levitt, a top official overseeing voting rights in the Obama Department of Justice, was sourced widely in stories about Trump’s newly created Presidential Advisory Commission on Election Integrity. Regarding information sought by the committee, he opined to Mother Jones that the data in question was “not just incredibly inflated; designed—and specifically designed—to get inaccurate information.”

Elsewhere, Levitt’s study on voter fraud was cited by CNN, U.S. News & World Report, the American Prospect and other major outlets. Regarding the collection of information about political party leaning, Levitt told Vice News: “There is no legitimate use for party affiliation information that I can think of.”

Professor Levinson, president of the Los Angeles Ethics Commission and election law expert, similarly lent her expertise on voting integrity issues to KCRW-FM’s “Press Play with Madeleine Brand” in the segment “Secretaries of State Worry about Russian Hacking in Next Year’s Election.”

Loyola Immigrant Justice Clinic founding attorneys Marissa Montes and Emily Robinson have helped provide on-the-ground context on the effects of Trump’s changes to immigration policies. They have provided analysis to the Arizona Republic, Telemundo, Korea Broadcasting System and more. The duo contributed their insights to the San Francisco Chronicle via the op-ed, “6 Steps Immigrants Can Take to Prepare for the Future.”

“Immigrants are a vital part of the diverse, vibrant social fabric of California,” write Montes and Robinson. “President Trump signed executive orders that have the potential to destroy that fabric. We at the Loyola Immigrant Justice Clinic, the only community-based law school immigration clinic in Los Angeles, are doing all we can to keep that from happening. But we can’t do it alone; our client demand has tripled and continues to grow. It is time for all Californians to stand up for the rights of immigrants.”

Professor Justin Hughes, an expert on international trade who served as senior adviser to the Undersecretary of Commerce for intellectual property during the Obama administration, provided his perspective to USA Today in the op-ed, “Trump Can Make ‘Buy American’ More Than a Slogan. Just Enforce a 1980 Law.”

“China is not manipulating its currency to our detriment, and NAFTA is a good thing for the U.S. economy,” writes Hughes. “But Donald Trump has been right in his basic observation — as both candidate and president — that we need to do more to address our country’s trade deficit, how other countries ‘game’ international trade, and how American jobs move offshore. Trump may not realize it but he could advance his ‘Buy American and Hire American’ goals by activating a policy tool already buried in U.S. patent law.

Professor Ellen Aprill, former U.S. Treasury official and founder of the Western Conference on Tax Exempt Organizations, urged the Trump administration to back off a promise to repeal a rule governing the political speech of houses of worship in her Washington Post op-ed “Trump Wants to Force You — the Taxpayer — to Pay for Campaigning from the Pulpit.”

“Current law already permits religious leaders and religious organizations to express their views about candidates without undermining our campaign finance laws,” writes Aprill, Loyola’s John E. Anderson Professor of Tax Law. “What they can’t do is express those views on the taxpayer’s dime. Doing away with the Johnson Amendment would undermine the principle that all campaign finances are taxed at least once, placing taxpayers in the unreasonable position of subsidizing the partisan agendas of religious entities.”