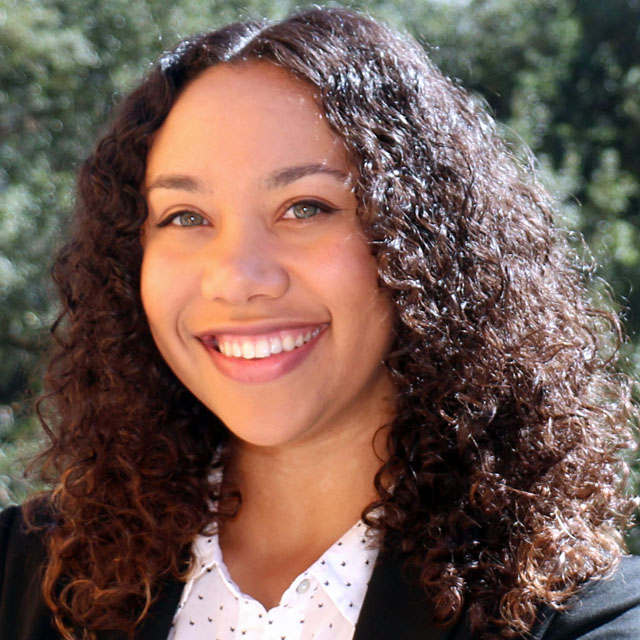 For a group of Loyola Law School students pursuing freedom on behalf of federal inmates, writing clemency petitions was a life-changing experience – for both them and their clients.

Students – supervised by faculty, staff and alumni attorneys – helped 29 federal inmates pursue clemency in the final year of President Barack Obama’s tenure. Loyola has been one of the most prolific -- and most successful -- law schools in this regard. So far, four of those advocacy teams have secured the ultimate victory: a presidential grant of clemency sending their clients home. They are making a difference in the best possible way.

“It feels incredible knowing that my contribution has resulted in a man getting eight years of his life back, being reunited with his family and, most importantly, getting a fresh start,” said evening student Alexandra James ’17, who worked with Professor Emeritus Christopher May on behalf of a client who had served 18 years in prison.

The students’ work is part of a collaboration with Clemency Project 2014, a working group composed of lawyers and advocacy organizations that provides free legal assistance to federal prisoners who would likely receive shorter sentences if convicted today.

Many of the inmates were sentenced under guidelines for drug-related and other non-violent crimes that have since been reduced. Under the program, students and their attorney supervisors researched applicable changes in sentencing to draft clemency petitions arguing for their clients’ release.

The Loyola collaboration with Clemency Project 2014 was spearheaded by Sean Kennedy, Kaplan & Feldman Executive Director of Loyola’s Center for Juvenile Law & Policy, and Professor Alexandra Natapoff. Kennedy, former Federal Public Defender for the Central District of California, has written about 50 clemency petitions and has helped guide students in their clemency work.

“For attorneys and students like me who believe in fair sentencing, this is incredibly rewarding work,” said Kennedy. “Our students are learning first-hand the power of advocacy.”

JD student Chelsea Heaps, an aspiring public defender, was thrilled when she learned her client’s petition was successful. “To know that he will have the opportunity to be a free man and see his family again and I had a small part in that is an unbelievable feeling,” said Heaps, who worked with Loyola Professor Kevin Lapp to secure freedom six years early for a man who served 20 years in prison.

While four Loyola clients already have been granted clemency, more may yet come. Obama has been granting clemency petitions in waves over the last six months, with more expected before his term ends on Jan. 20, 2017. That leaves hope for faculty and students alike.

“I was elated when the Office of the Pardon Attorney notified me that our client's petition would be granted,” said Lapp. “At the same time, our client should not have been sentenced so severely in the first place, and thousands more like him continue to serve unjustifiably harsh sentences for decades-old drug convictions. Hopefully, others will soon be receiving the same good news."

In the process, students received invaluable practical experience in research and writing. “Working alongside my attorney-mentor to craft a clemency petition, and being in communication with our inmate client and his family, has been both gratifying and illuminating,” said JD evening student Joseph Peicott ’18. “I've learned a lot about practical legal work, and I now have a much better understanding and appreciation of the great toll that excessively long sentences take on non-violent offenders.”

The experience also colored the clemency teams’ perspectives on the law. “I came into the Clemency Project looking to gain perspective on the defense side of criminal law because my interest has always been in prosecution,” said James, an aspiring prosecutor. ”To be able to work on giving somebody their freedom back changed my outlook on defense work and defendants in general.”

Professors find the experience equally as rewarding. “I believe deeply in redemption, and the clemency initiative was meant to redeem those who were over-punished and who have had to waste too many years of their lives incarcerated,” said Lapp. “When the opportunity arose to work with a Loyola student on a clemency application, I jumped at it – not only because I believe in the process, but because it is the kind of work that the social justice mission of Loyola Law School demands.”