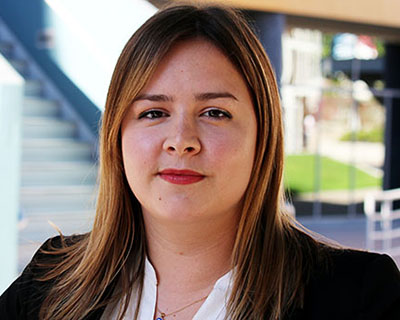 For third-year student Chelsea Heaps ’17, lightning struck twice during her final year of law school as she played an integral role in two historic moments in justice.

First, Heaps was part of the public dialogue around the landmark U.S. Supreme Court opinion in Fisher v. University of Texas, which let stand a university’s race-based admissions policy. Next, a clemency petition spearheaded by Heaps secured early release for a federal inmate.

Heaps’ intersection with Supreme Court history began while she was a research assistant for Loyola Professor Kimberly West-Faulcon, the James P. Bradley Professor of Constitutional Law. Heaps assisted West-Faulcon with research on affirmative action for law review articles and other uses. Subsequently, West-Fauclon wrote the op-ed, “Surprisingly, Facts Rule the Day in Fisher II,” which was published by SCOTUS Blog. In the piece, West-Faulcon wrote, “Fisher II marks the first time Justice Anthony Kennedy has ruled in favor of a racial affirmative action policy in the 28 years he has served on the Supreme Court.”

Later in the year, Heaps learned that she was one of five Loyola students who were successful in securing clemency for federal inmates. Her work with Professor Kevin Lapp was part of a collaboration with Clemency Project 2014, a group of lawyers and advocacy organizations that provides free legal assistance to federal prisoners who would likely receive shorter sentences if convicted today. Loyola students – supervised by faculty, staff and alumni attorneys – helped 29 federal inmates pursue clemency in the final year of President Barack Obama’s tenure. Loyola has been one of the most prolific – and most successful – law schools in this regard.

For Heaps, an aspiring public defender, the experience was eye-opening. “My client was convicted for what were essentially minor drug offenses under a racially discriminatory disparate sentencing guideline,” said Heaps, who helped secure freedom six years early for a man who served 20 years in prison. “To know that he will have the opportunity to be a free man and see his family again – and I had a small part in that – is an unbelievable feeling.”

Clemency petition drafting provided Heaps with a wide range of experience and afforded her the opportunity to interact with a real client. “My main tasks were rooted in research and writing,” said Heaps, who is a member of Loyola’s Jewish Law Students Association, Women’s Law Association and Criminal Law Students Association. “Professor Lapp and I also gathered pertinent information from our client and talked with his family. This experience has given me a strong understanding of criminal defense and a chance to advocate and connect with a client and his story.”

Heaps has augmented her experience with stints as a law clerk at the Inner City Law Center and the Law Offices of Mark Waecker. After graduating in May 2017, her short-term goal is to pursue employment in the Los Angeles County Public Defender’s Office. Beyond that, she foresees extended her public service career as an elected official. She sampled political life as a 2012 fellow at Obama for America, helping with local efforts to re-elect Obama, and found the work uniquely satisfying.

As Heaps worked to make a difference in others’ lives, she is inspired by the legacy of justice created by Obama, who has granted a record number of commutations during his tenure. “I am glad that we currently have a president who acknowledges our nation's problems with mass incarceration and systemic racism,” she said.

See the Loyola difference first-hand by joining a campus tour. Learn more and register to visit.