For MLS Alum, Degree a Fast Track to Management Success 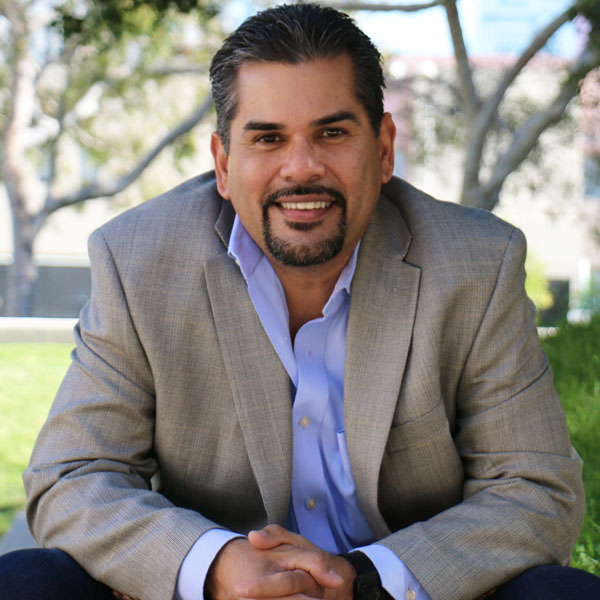 After an intense day of negotiations over a big contract in a new management role, alumnus Cesar Callejas ’16 reflected on the value of his Loyola Law School, Los Angeles Master of Science in Legal Studies (MLS) degree.

“This would not have been possible without the education I received from Loyola,” he says, noting his reliance on skills learned during a negotiation class. “Instead of consulting with people to get the answers, I came up with the answers because I had the fundamentals from school that got me to this position.”

In fact, Callejas credits his MLS degree with helping him earn his new, higher-ranking job in the first place. It served as a calling card when transitioning to a contracts management role at SoCalGas from an administrator role at Time Warner Cable.

“Because of my educational background, new doors have opened. It makes me that much stronger of a candidate,” he says.

While the MLS is available in seven specializations, Callejas tailored his curriculum to include courses in business law and intellectual property. That fact was of interest to his future employers.

“During the interview, I was asked if I had specialized in a specific branch. When I answered ‘contracts, intellectual property, corporate law and cybersecurity,’ that raised their eyebrows.”

When he originally pursued his MLS degree, Callejas was a paralegal of more than 15 years who became a contracts administrator. In order to advance, Callejas felt he needed a deeper understanding of the laws behind the complex contracts he handled. He was thrilled to discover Loyola’s MLS program because it gave him a chance to build on the legal background he formed as a paralegal without committing three or four years to earning a Juris Doctor (JD).

The MLS can be completed in as little as one year, and students have the opportunity to specialize in fields like Cybersecurity & Data Privacy Law, Entertainment Law, Business Law, Intellectual Property and Sports Law or create their own program.

The ability to customize his degree and coursework helped Callejas tailor his curriculum to quickly gain the knowledge he needed most, and his superiors quickly took notice.

“Within three weeks, I was already applying what I learned in courses and have impressed my supervisors. I’m the new kid on the block, but people with more seniority are coming to me with questions about contracts.”

Callejas highlights accessibility of his professor as a factor behind his success in the classroom and in the workplace. As an evening student, he appreciated his professors’ willingness to hold extra sessions on the weekends, and office hours before and after class ensured he could understand and apply the materials presented in a variety of situations.

Callejas is thrilled with his quick ascent, and expects that the knowledge and connections he forged at Loyola will take him farther. “My network expanded, and it has given me a different direction,” he says. “Now I’m in a management role. My next step is going to be to keep climbing. I think I’m on the right path.”

Want to make a difference in your career? Learn how an MLS degree can help or apply by the July 23, 2018 deadline.