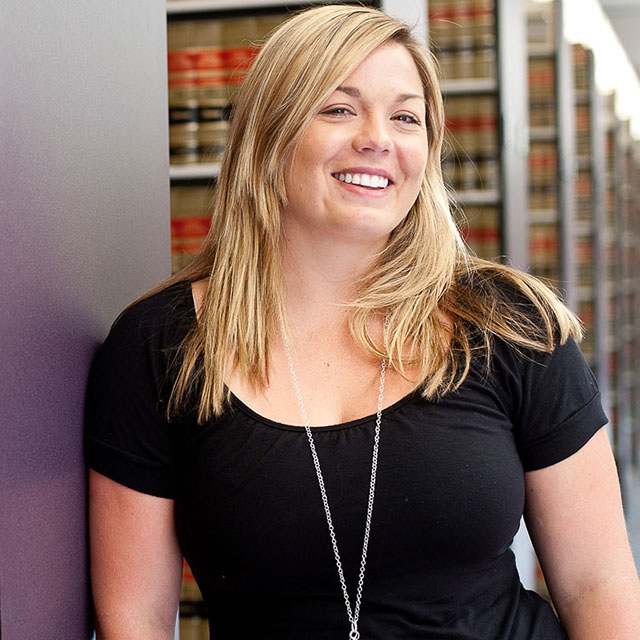 If Brittany Hayes ’13 learned one thing during her journey to a silver medal at the 2008 Summer Olympic Games, it was that stress is relative.

Hayes, a member of the U.S. Women’s Water Polo Team, has perfected the fine art of performing under pressure. “I’m an Olympian; I trained six hours a day. It taught me that if I could train for the Olympics, I could be prepared for law school,” she said.

Hayes, an associate at Leviton, Diaz & Ginocchio, Inc., has been proving that point since she was 6 years old and wanted to join her brother at water polo practice. Despite her brother’s protestations, Hayes insisted her mom take her to the pool. For three years, she was the only girl on the all-boy water polo squad – and a fierce competitor, at that. “I would come to practice in my ballet dress, and all the boys would laugh at me,” she said. “But they would stop laughing once I got in the water.”

Despite the early static, Hayes continued to play water polo through college. She was a standout at USC, where as a freshman she helped her team capture the NCAA Women’s Water Polo Championship. From there, she joined the U.S. National Water Polo Team and competed on the world championship team in Australia. But devastated by a cut at the Pan-America Games, Hayes decided to pursue a master’s degree in criminology at the University of California, Irvine. However, she never gave up training. Her perseverance led to an offer to play for the U.S. Olympic Water Polo Team in Beijing – an experience she says she will never forget.

“You’re in awe the entire time you’re there, between running around the Olympic village, seeing other athletes and hearing your country do well,” she said. “You walk into the cafeteria, and you’re like, ‘Hey, Kobe, you want to have a hamburger with me?’ And he treats you as an equal because over there you’re both Olympians and there for the same reason.”

For Hayes, performing at the Olympics was a childhood dream come true. “I always had a vision that I would score a goal in a big moment. Twenty years later, I was in that moment,” she said. “In the opening game against China, I jumped in the pool, and two minutes later I scored a goal.”

In fact, Hayes initially enrolled in Loyola’s evening program with the intention of competing in the 2012 Summer Games in London. But that plan changed. “I knew that if I kept training, I couldn’t give my all to law school,” she said. “Water polo really limited what I could do. So I decided to retire.” And while she has officially hung up her suit as a player, she continued to coach a high-school girls water polo squad for the Junior Olympics.