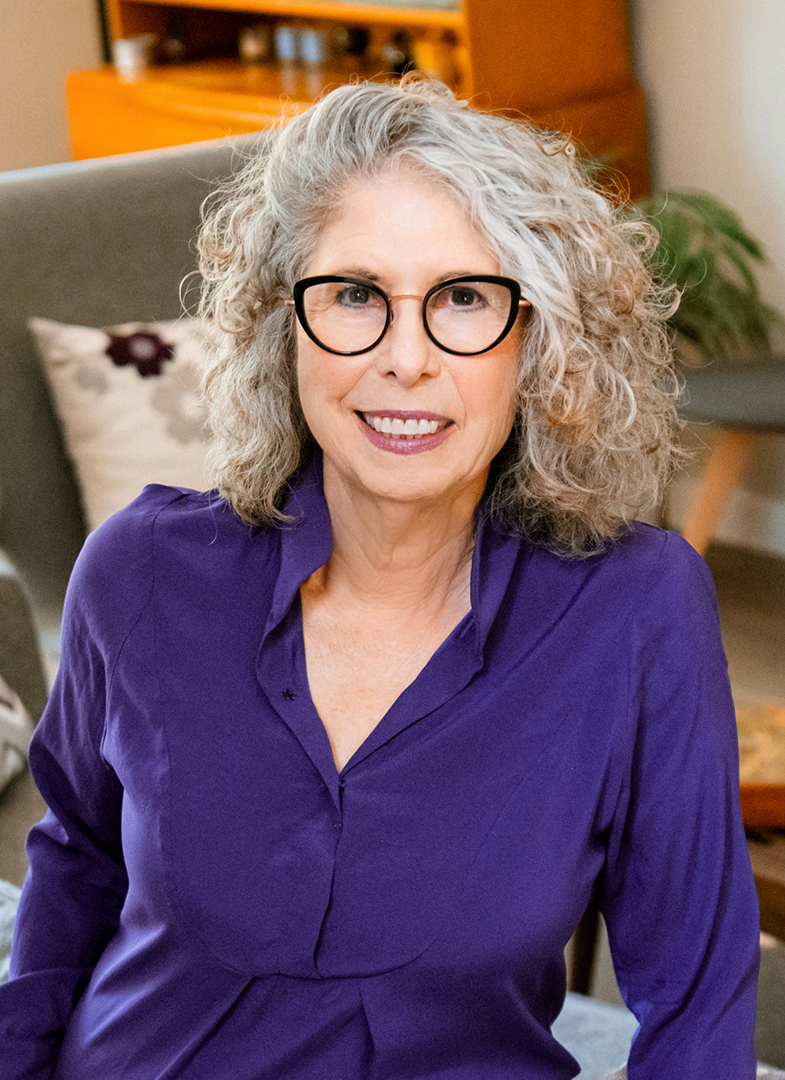 “One of the most important lessons I teach my students is that all business is personal,” Professor Barbara M Rubin, '78, says. “Even monolithic institutions like Disney run on people.”

With decades of experience in the entertainment law and business affairs arena, Rubin has earned her wisdom. While starting a family, she also began her entertainment career and remained for two decades working for studio giants like Disney, CBS, A&E and Spelling Entertainment, where she reported directly to Aaron Spelling. Then she switched sides. For the next couple of decades and still counting, she has practiced her trade in the private law firm arena, mainly in the television/streaming platforms, where she represents prominent actors, writers, television hosts, television station groups and small production companies.

“Like many of us,” Rubin underscores, “entertainment industry people want to succeed at work and at home; they may have work-life balance issues, money issues, health issues, colleague issues. If you want to earn a continuous living in the entertainment industry, then, in addition to knowing how to do your job well, spend time breaking bread with your counterparts, listen to their concerns as you share your own, establish information alliances and nurture enduring relationships. If you don’t, you are not only missing out on an incredibly special comradery, but when you experience job termination, that all-important safety net will not be there for you when you really need it.”

Having sat on both sides of the negotiating table, Rubin knows how to structure entertainment deals that align with each parties’ common interests and expectations. Always drawing on her real-world experience, Rubin’s unique career path offers an invaluable perspective preparing and inspiring the next generation of entertainment law professionals.

In 2013, Rubin joined the Big Law firm of Glaser Weil, while concurrently becoming Loyola Law School’s part-time Director of the Entertainment Law Practicum (ELP) – which she helped establish with Professor Jay Dougherty – as well as its Associate Visiting Professor.

As Partner and Co-Chair of Glaser Weil’s Entertainment Department, Rubin spearheaded the placement of LLS interns at the firm, providing them with valuable workplace learning and training opportunities; many of them have gone on to work in entertainment departments at Apple, Netflix, Facebook, Amazon, HBO,  ICM, UTA, and many more.

Hollywood’s trade publication Variety has recognized Rubin as a top industry lawyer/negotiator for the last seven years in a row. She was twice elected to the Television Academy’s Board of Governors and to its Executive Committee. She continues her work on committees both within and outside of the entertainment arena. Rubin has a master’s degree in education. Before becoming a lawyer, she taught social studies at Garfield High School in East Los Angeles while attending LLS at night.

Rubin and Shapiro are long-time colleagues and friends. “Professor Shapiro and I go way back to 1996, when I first arrived at Rysher Entertainment to head the TV division, replacing Julie’s boss. I heard wonderful things about Julie: she was smart, hard-working, and easy to deal with.

“Armed with my motto that ‘all business is personal,’ I invited Julie to lunch to get to know her outside of the office environment. After I sat down at the very fancy lunch table, Julie rummaged through her handbag, found an envelope and handed it to me: She was giving me her notice of resignation. After long and frank discussions and the opportunity to get to know each other, Julie decided to stay. We worked together at Rysher and have continued to work together in various capacities for 26 years.”

The ELP is a core course requirement for those already committed to the Entertainment Concentration, which provides its students with a curricular framework and ultimately a certificate designating Entertainment as their specialization. ;ELP is a highly recommended course for any student seriously considering a career in entertainment law.

ELP has two components: a supervised internship at a studio, agency, guild or the entertainment department of a law firm; and a concurrent classroom component.

The internship component requires students to seek out and apply for available openings-which are vetted by the school. Their work is continually monitored by both the school and their workplace supervising attorney to ensure that students are acquiring the rigorous legal training needed to help ensure their future employment.

The course component provides students with tools to evaluate and better understand their internship experience within the entertainment industry. The classroom offers an open and honest forum for sharing work-related experiences. It includes guest speakers, such as industry lawyers and professionals, who offer students insight and “tricks of the trade.”

The emphasis of ELP is getting students ready for the professional world and helping them land there and stay there. “More and more of our students who are enrolled in ELP internships are getting entertainment jobs right out of law school. Some have received multiple offers. Our students are known for their practical knowledge and intelligence,” Rubin says. “This is what the entertainment industry needs because it moves so quickly. Often you have to make the important decisions under very tough time constraints. It takes both knowledge and experience to develop those muscles and to trust your instincts.”

In teaching ELP, Rubin draws on her professional experience to deliver “life lessons from Hollywood.” A few of these cornerstone lessons in this highly competitive industry include understanding the appropriate use of leverage in negotiations, establishing your credibility, how to move up after you have been fired, building meaningful and long-lasting relationships during lunchtime so there is a firewall around  family time, and the admonition, “Be yourself, but do not be boring! Remember this is entertainment law, not insurance law!” Rubin considers these lessons to be foundational for success in entertainment.

Rubin believes that young professionals should not spend time on cold-calling entertainment lawyers or other professionals because it rarely builds solid relationships. Instead, she encourages them to focus on active involvement with peers and mentors. She also advises them to create community relationships by becoming members of entertainment-related organizations in and outside of law school, and to volunteer as a member of a major bar association. “Offering your time in the trenches helping others realize their goals,” as she says. “this is what creates enduring relationships based on mutual experience, trust and respect.

“This form of networking is the cornerstone for building that all important safety net of people, which in turn holds the promise of a long-term career in this most competitive industry,” Rubin says.

Like Rubin, some of her students feel uneasy because they went to law school with a desire to “do good” by changing the world—and now what they want is a career in the glitzy world of Hollywood. Although television and film platforms have changed since Rubin’s start in the industry in 1981, she still believes that dramatic storytelling, well-produced with an important message and presented on a wide-reaching platform, can educate, inspire and bring about tangible positive change to the world.

“If you also believe that a well -told story has the power to change the world, you can use your law degree to help contribute to that change by pursuing a long-term career as an entertainment lawyer," she says. "And fortunately for our Loyola students, that influential film and television business is located just around the corner, right in the heart of glitzy Hollywood!”