Working Toward Reform in Bangladesh, Judge Turns to Loyola LLM 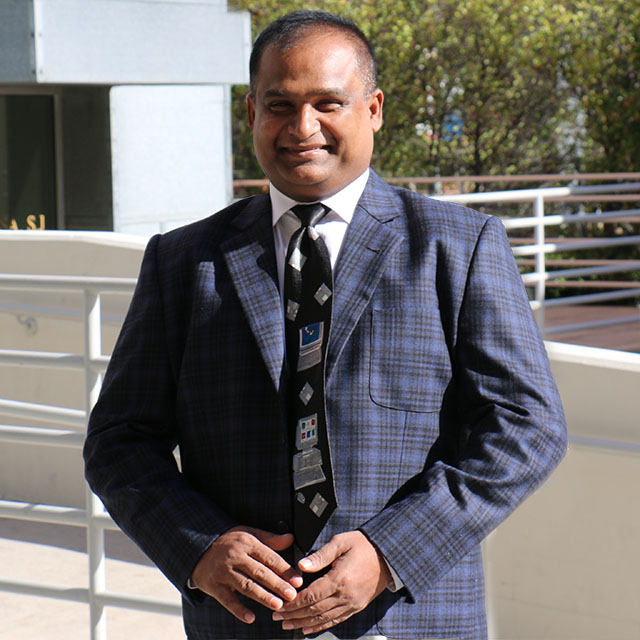 Judge Abdul Halim is well-known in Bangladesh as the judge who took on the dangerous assignment of sentencing five terrorists to death for murdering a public prosecutor. With a newly earned LLM from Loyola, his goal is to use his skills to change the civil litigation system in his native country by promoting and expanding the use of mediation and alternative dispute resolution.

Halim became interested in mediation — and in Loyola Law School — during the summer of 2011, when the Law School’s top experts in the field, Loyola Professors Mary B. Culbert and Hiro Aragaki, traveled to Bangladesh to train law professionals in the field, including Halim.

Loyola professors are different from teachers in Halim’s home country, he says, with how eager they are to help. “They are full of care for the international students,” said Halim, a 2015 recipient of the prestigious JAMS Fellowship from the premier alternative dispute-resolution service. “They try to minimize the problems of the students.”

If Halim had difficulty understanding a topic, they would linger after class to explain and answer questions. “When I talked to them about problems, they made me feel very easy,” he said.

The quality of the education he received from the Loyola faculty also impressed him.

One especially useful mediation class developed students’ practical skills during mock mediation sessions, which were recorded on video. He said the professor could “assess students’ performances, tell them what was wrong and what was right” in their handling of the sessions, and even suggest improvements in how they phrased comments to the litigants.

Halim gained valuable experience from having classes with U.S. and other international students. “Loyola taught me to think globally. My vision is wider because I was able to interact with students from various cultures and various ways of thinking.”

Now, back in his post as an additional district and sessions judge at the Jhalokathi District Court, Halim is applying his earned expertise in mediation to his own cases and is working with colleagues to launch court-connected dispute resolution programs throughout the country. Along those lines, he and Loyola Professor Aragaki are developing plans to put on a nationwide conference on alternative dispute resolution, or ADR.

Halim also is collaborating with a small panel of volunteers to launch a private mediation service that he hopes someday could expand beyond Bangladesh.

“I’m trying to do something for the people,” he said. Even half a world away, Halim is using his LLM training and his own voice to make a difference.

Are you ready to make a difference in the world? Use an LLM from Loyola Law School, Los Angeles as a bridge to your future in international law.