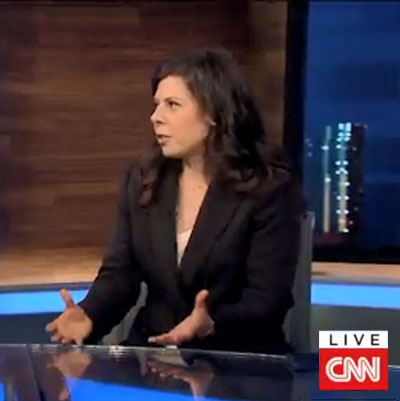 Loyola Law School, Los Angeles Professor Jessica Levinson has recently assessed for a series of national news outlets the risk posed to the Trump Presidency by a variety of legal challenges.

“As 2018 gets underway, many are continuing to look for ways to remove President Donald Trump from office,” Levinson writes in a new NBC News op-ed, “Why the Emoluments Clause Will Not End Trump’s Presidency.”

Levinson’s op-ed assesses the likely outcome of a series of cases related to the so-called emoluments clause of the U.S. Constitution. “In plain English, the clause prohibits certain governmental officials from receiving gifts, offices, titles, or emoluments from members of foreign governments without approval from Congress,” writes Levinson, who teaches Money, Politics & the Supreme Court and related courses at Loyola.

Several plaintiffs have filed lawsuits alleging that President Donald Trump is in violation of the clause because his affiliated business entities do business internationally. However, “the clause, like so many other parts of the Constitution, is hardly a model of clarity and raises more questions than it answers,” Levinson writes.

The main obstacle to the three emoluments clause lawsuits: standing. “You can’t just march into federal court and say ‘I was harmed.’ You have to show a specific type of harm and demonstrate that if you win, that harm will be remedied,” she writes, noting that standing has already foiled one such case. “While the court battles will continue, it now seems likely that the emoluments clause will not be the legal vehicle that ushers Trump out of the Oval Office.”

Levinson, who is president of the Los Angeles Ethics Commission, also has opined on the potential impact of the special counsel’s Russia investigation into the Trump campaign and administration.

“The fact that Robert Mueller has decided to use Papadopoulos points with specific, concrete evidence to the fact that Papadopoulos is useful,” said Levinson, former director of political reform at the Center for Governmental Studies, during a CNN segment entitled “The Year in Trump.” She continued: “Whatever descriptors we try to use for him, the truth is, the emails indicate that he did have some sway over the campaign.”

However, “despite its current use as a sort of catchall term for the Trump administration’s alleged ties to Russian meddling, ‘collusion’ is only a federal crime in the area of antitrust law. In this legal context, collusion occurs when two or more people or entities decide to gain an unfair market advantage and/or secretly limit open competition,” Levinson elaborated in her NBC News op-ed, “Will President Trump be Charged with Collusion in 2018? Not a Chance.”

While Trump may not be susceptible to charges of collusion, Levinson believes a host of other charges are still a possibility. “Mueller’s investigation is much more specific than just seeing if Trump or his affiliates ‘did something wrong.’ He needs evidence that a specific Constitutional provision or statute was violated,” writes Levinson.

Trump is vulnerable to charges related to his campaign’s conduct. That could include charges stemming from the violation of federal election laws.

“Specifically, it is a crime for a foreign national to give money or ‘other thing of value’ in an American election. The ‘thing of value’ could, for example, include helpful information on a candidate’s opponent,” writes Levinson. Or, “we could see charges brought for violating the Computer Fraud and Abuse Act if Trump or members of his campaign helped the Russians obtain (meaning steal) Democratic National Committee emails or helped them use (meaning release) those emails publicly.”

The Mueller investigation could also potentially unearth conspiracy charges. “The law specifically defines a criminal conspiracy as two or more people ‘conspire[ing] either to commit any offense against the United States, or to defraud the United States,’” writes Levinson. “That basically means you agree to commit a crime and actually take some steps to try to commit that crime.”

How 2018 will proceed is in many ways anyone’s guess. But for Levinson, one thing she feels is certain: “The biggest resolved question of 2017 is that the Mueller investigation will not lead to charges of collusion or treason; the biggest unresolved questions are what, if any, charges come next.”

Learn more about how Loyola professors make a difference: View a list of recent media appearances and quotes.