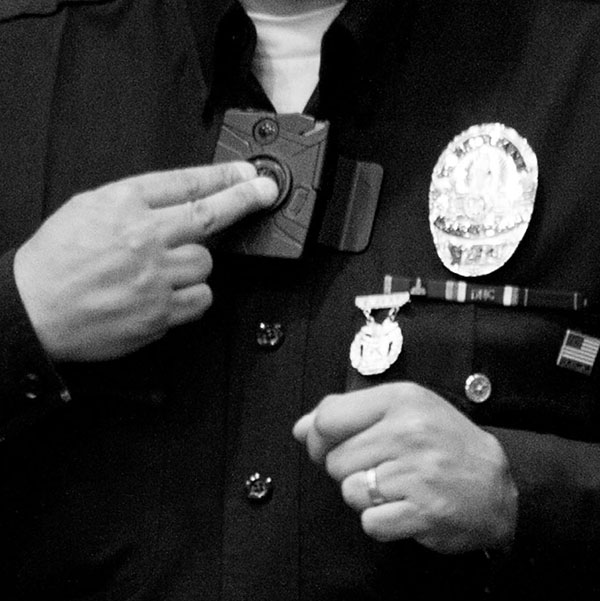 The second in an ongoing dialogue on police practices, the “Police Body Cameras” panel will look at the rules and procedures governing the recording, usage and public release of footage in a way that serves all interests.

“Footage from body cameras is often important evidence when force is used,” said Professor Eric Miller, Leo J. O’Brien Fellow. “However, there can be unintended, far-reaching consequences based on who can access the footage and how it’s shared more broadly.”

"Los Angeles is the largest police district in the country,” said Professor Eric Miller. “So what happens in L.A. is significant for us Angelenos, but also of national and international significance.”

The event is open to the public free of charge and will be held in the Walter J. Lack Reading Room of Loyola’s William M. Rains Library, located at 919 Albany St., Los Angeles, CA 90015. Parking is available in the Loyola Law School, Los Angeles parking lot for the event.

The Policing Los Angeles Forum Series debuted in February 2018 with the panel “Police Policy-Making,” which looked at the benefits and drawbacks of law enforcement use of policy language created and maintained by private corporations. Find video of past panels and other information at www.lls.edu/policing.