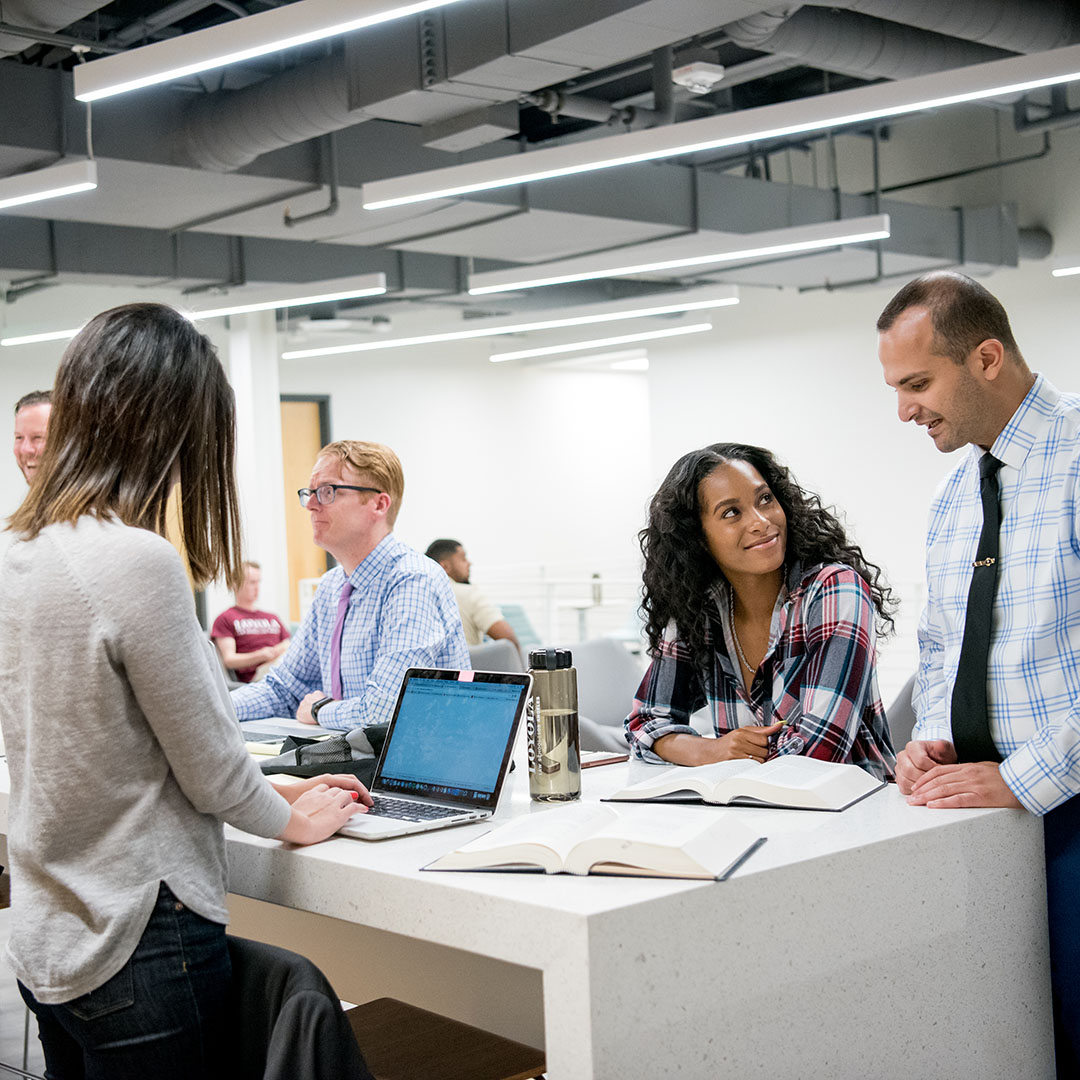 In an academic year marked by the grand opening of the Loyola Social Justice Law Clinic, it was only fitting that two new programs opened to help additional clients: women restarting their lives after abusive relationships and immigrant workers preyed upon by their employers.

In fall 2017, Loyola Law School, Los Angeles debuted the Street Law Teaching Practicum and Workers’ Rights Clinic to address the divergent needs of two underserved communities. Both programs send Loyola students out in the community helping those without other resources to resolve challenging financial and employment issues.

The stories of the immigrant workers whom Loyola students have supported in their fight for justice through the Law School’s new Workers’ Rights Clinic are varied, but all are compelling: an indigent, monolingual Korean truck driver who became homeless and had a stroke after enduring years of stolen wages who was sued by his employer in retaliation for filing a wage claim. A young, poor Cambodian woman trafficked to the United States who tried to commit suicide after she was forced to work seven days a week, 17 hours a day for a family that enslaved her through debt, confiscation of her passport and constant physical and verbal abuse. Four brave Vietnamese nail-salon workers fired for speaking up about wage theft.

Through the clinic, Loyola students team up with workers’ rights lawyers from Asian Americans Advancing Justice-Los Angeles (AAJLA) and the Wage Justice Center to provide holistic services to low-wage immigrant workers in the areas of wage theft, employment discrimination, labor trafficking and retaliation.

Working under the guidance of Loyola alumna Nicole Gon Ochi ’09, supervising attorney at AAJLA, students have the opportunity to participate in a wide range of litigation activities. Their work includes depositions, hearing preparation, client meetings, drafting declarations, contributing to complaints and briefs, and conducting document review and other discovery.

Augmenting the work of the Loyola Immigrant Justice Clinic, the scope of services is broad, ranging from T-visa and U-visa petitions for undocumented workers who are victims of workplace crimes, to class action litigation involving hundreds of workers.

The Street Law Teaching Practicum was inspired by Adjunct Professor Judith Schwartz-Behar, formerly an attorney at the Harriett Buhai Center for Family Law, a legal non-profit that helps clients extricate themselves from abusive relationships. Schwartz-Behar found herself regularly providing referrals for mental health and other ancillary services to women seeking divorces, but one client’s question about her financial situation highlighted the complexity of the challenges domestic violence survivors face.

“So now that I’m almost done with my divorce case, how do I handle my $11,000 in credit card debt?” the client asked Schwartz-Behar in her attempt to reclaim her life after leaving an abuser who had denied her access to the family’s financial information during their 20-year marriage.

Schwartz-Behar saw a justice gap: “Family lawyers traditionally advocate for abuse survivors by filing divorce and custody actions, but this client’s question made me wonder about additional ways to help domestic violence survivors address the many legal aspects of ending their abusive relationships,” she says.

Together, the Workers’ Rights Clinic and Street Law Practicum are making a difference to Angelenos living in the access-to-justice gap – fitting seamlessly with Loyola’s mission to train attorneys for others.

As it turns out, the Loyola advocates have found the program almost as beneficial to themselves as the community members they serve. “One shelter student told her Loyola student-teachers that, because of what she had learned, she had started reorganizing and paying back her credit card debt,” Schwartz-Behar says. “My Street Law students and I smiled, for different reasons.”

Want to learn more about how the Loyola Social Justice Law Clinic and its programs make a difference in Los Angeles’ communities? Visit www.lls.edu/lsjlc for more information.