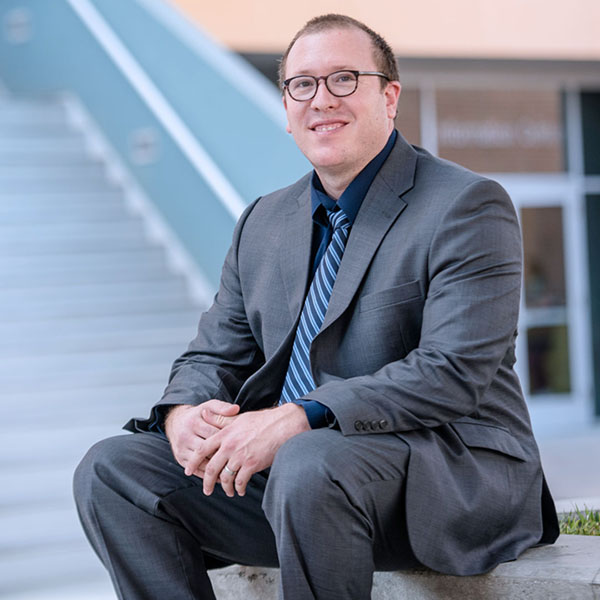 After working as a minister, a newspaper editor and a high school English teacher, James Tritt '18 came to Loyola Law School’s Evening Division intending to become an appellate lawyer. Not long after he transferred, he made a great stride toward that goal, arguing a case before the California Fourth District Court of Appeal as a certified law student, resulting in a successful outcome for his firm's client.

Tritt researched and wrote the appellate brief himself, working under the supervision of an experienced appellate attorney. The client was so pleased with Tritt’s work on the brief that he asked Tritt to handle the appellate argument.

“It was pretty intense and interesting,” Tritt says. “I put in almost 60 hours on that appeal. We did it pro bono.”

Loyola prepared him well for the task, Tritt says. Now in his final semester at the Law School, he cites Appellate Advocacy as one of his favorite classes. It is taught by Adjunct Professors David Glassman and Stuart Esner, both practicing attorneys who regularly make appellate arguments.

Tritt has found inspiration in other classes, as well. “It was a breath of fresh air,” he says of the International Litigation Seminar he took with Professor Georgene Vairo. “We were encouraged to be creative and to research novel ways to argue international legal issues.”

Based on his experiences both in and out of the classroom, Tritt is grateful that he made the decision to transfer to Loyola Law School after a year at another school. He was drawn to Loyola’s excellent reputation for preparing its students to pass the bar exam and go into practice. “Once I got to Loyola, what I enjoyed most was the high level of the academics,” he says.

He also has been impressed by Loyola’s students and alumni. “They’re cool people,” he says about the Evening Division students who have become his friends and peers. “You feel mutual respect among your peers.”

Tritt is the recipient of the Robert Baker & Karl Keener Scholarship for 2017-18and has received a scholarship from the school each semester since he enrolled. He says he feels fortunate that he has been able to meet some of the alumni who have donated to Loyola’s scholarship funds. “It really hit home with me that these are people I don’t know who made it possible for me go to the law school,” he says.

Would he advise other people interested in law school to come to Loyola? “I don’t know why you wouldn’t want to if you had the opportunity,” Tritt says.