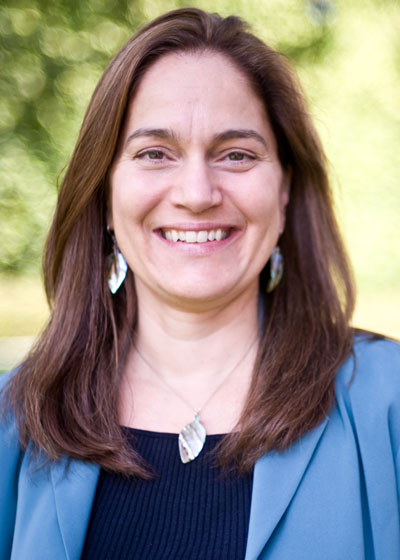 Trisolini is a Professor at Loyola Law School, Los Angeles. Professor Trisolini’s scholarship focuses on climate change and energy law, local environmental governance, and administrative regulation.  She has spoken and written on these topics in a wide range of contexts.  Her articles have appeared in the Yale Journal of Law and Public Policy, Stanford Law Review, Colorado Law Review, the UCLA Journal of Environmental Law and Policy, and the San Diego Journal of Climate and Energy Law, amongst other places. She teaches Environmental Law, Property, Climate Change and seminars on Local Environmental Governance. Prior to joining Loyola’s faculty, Trisolini held a teaching and research fellowship in environmental law at UCLA School of Law.

Before entering academia, Professor Trisolini practiced environmental law and land use law at Chatten-Brown & Carstens in Santa Monica and at Shute, Mihaly & Weinberger in San Francisco.  She clerked for the Honorable A. Wallace Tashima, Ninth Circuit Court of Appeals, and for the Honorable Consuelo B. Marshall, Central District of California.

Trisolini graduated with distinction from Stanford Law School where she served as a teaching assistant for Dean Paul Brest’s course on Decision-making and Professional Judgment as well as for Professor Lawrence Friedman’s undergraduate political science class on American law. She was an editor of the Stanford Law Review and the Stanford Journal of International Law. During law school she worked for the Natural Resources Defense Council, the Environmental Protection Agency’s Office of General Counsel, and the American Civil Liberties Union Immigrants’ Rights Project. She holds a MA in Political Science from University of California at Berkeley and a BA from Oberlin College.