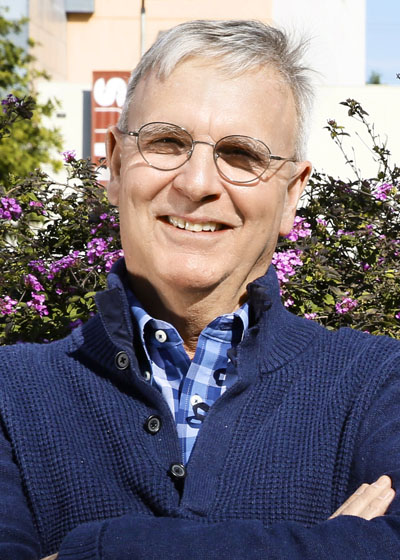 Professor of Law
Fritz B. Burns Chair in Real Property

Professor Selmi specializes in Land Use Law, Environmental Law, and Appellate Advocacy.  He also taught Torts and Natural Resources Law.  Professor Selmi held the Fritz B. Burns Chair in Real Property Law and was a full-time member of the faculty from 1983-2021.  He served as Associate Dean for Academic Affairs at Loyola from 1990 to 1993.

Before joining the faculty, Professor Selmi was a deputy attorney general in the Office of the California Attorney General from 1976 to 1983, first serving in the Environmental Law Section and then in the Natural Resources Law Section. From 1975 to 1976, he was judicial law clerk to the late Manuel L. Real, United States District Judge for the Central District of California.  During the 1993-94 academic year, Professor Selmi was a Visiting Scholar at the Environmental Law Institute in Washington, D.C.  During 1979 and 1980 he taught as an adjunct at Loyola and also taught classes during 1979 as an adjunct lecturer at the University of California Irvine. During the 2014-15 academic year, he was the inaugural David Sive Visiting Scholar at the Sabin Center for Climate Change Law, Columbia Law School, New York City.

Professor Selmi is co-author of the casebook Land Use Regulation: Cases and Materials, now in its fifth edition, and co-author of the two-volume treatise, State Environmental Law. He is co-editor of the most comprehensive treatise on California environmental and land use law, the six-volume California Environmental Law and Land Use Practice.  The second edition of his most recent book, Principles of Appellate Advocacy, is forthcoming.  His 2011 article, “The Contract Transformation in Land Use Regulation,” published in the Stanford Law Review, was voted by peers in the field as one of the “top 10” land use and environmental law articles of the year and republished in the Land Use and Environmental Law Review.

Professor Selmi has extensive appellate experience. Over his career he has argued 39 cases involving environmental and land use law in the state and federal appellate courts, including four in the California Supreme Court, and he has briefed over 50 cases in those areas. In 2013, he received a CLAY Award  (“California Attorney of the Year”) in the field of Environmental Law from California Lawyer Magazine for his work on American Coatings Ass’n v. South Coast Air Quality Management District, 54 Cal. 4th 446 (2012), a case which he argued in the California Supreme Court. In 2008, he was elected to membership in the California Academy of Appellate Lawyers.  The Academy, the oldest lawyers' organization in the country dedicated solely to the practice of appellate law, admits members only by election "after rigorous scrutiny of their skill in appellate practice."  In addition, he has served as an expert witness in several land use and environmental law cases, and currently is a court-appointed special master in litigation.