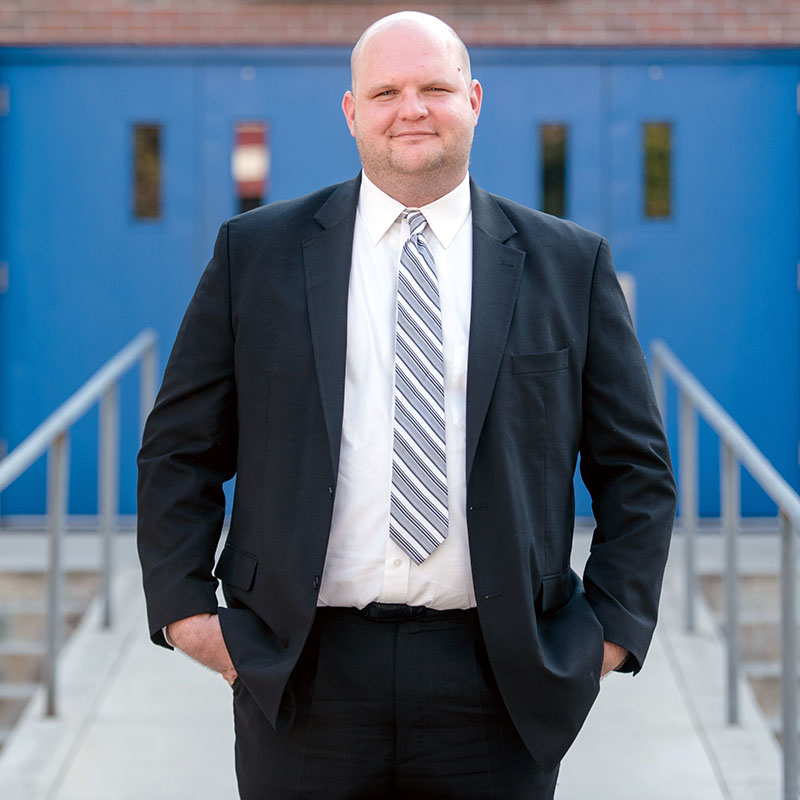 During his eight years as an Army officer, Joint JD/Tax LLM student Jeffery Trammell ’19 learned the importance of cohesiveness within a unit. Once on campus at Loyola Law School, Los Angeles, he knew things felt right.

“When I drive into the garage, I might have a rough day coming up, but I don’t feel any fear about coming to school. I feel very at home and relaxed,” he says.

A Florida native, Trammell enlisted in the military during college and received his commission in the Army upon graduation. He was stationed in Germany and Afghanistan, and along the way was promoted to captain.

Trammell joined the Army because he was drawn to service, and he sees law as a similar pursuit.

He picked Los Angeles because he had never lived in a big city or been to the West Coast. He selected Loyola as the best school in the area.

In his second semester, Trammell took Federal Income Taxation with Professor Ellen Aprill and discovered that he loved tax — and that Loyola has one of the best tax schools in the country, noting that U.S. News & World Report has ranked it in the top 10 for almost 10 years. “It was kind of serendipitous.”

He applied to and enrolled in Loyola’s unique JD/Tax LLM Program, the only fully sequenced program in the country awarding both degrees simultaneously after three years of study.

One of Trammell’s favorite classes so far has been the Tax Policy Colloquium, where top tax and business scholars visit campus to discuss papers on emerging issues. He compared the class sessions to debating fora in ancient Greece or Rome. “Each session is a great conversation about a very interesting subject,” he says.

Trammell says his military background helps him stay focused in law school and keeps him resilient in difficult situations.

But as a former officer, the experience has been quite a transition. “Every morning when I walked into the office, someone would call the room to attention and hold the door open for me. Now, I’m just like everyone else.” he says with a laugh.

“The good part about listening to other students at Loyola is they have this great hope and new-world perspective on things. Where I may be a bit more jaded, it’s good to hear them be so motivated for their next step.”