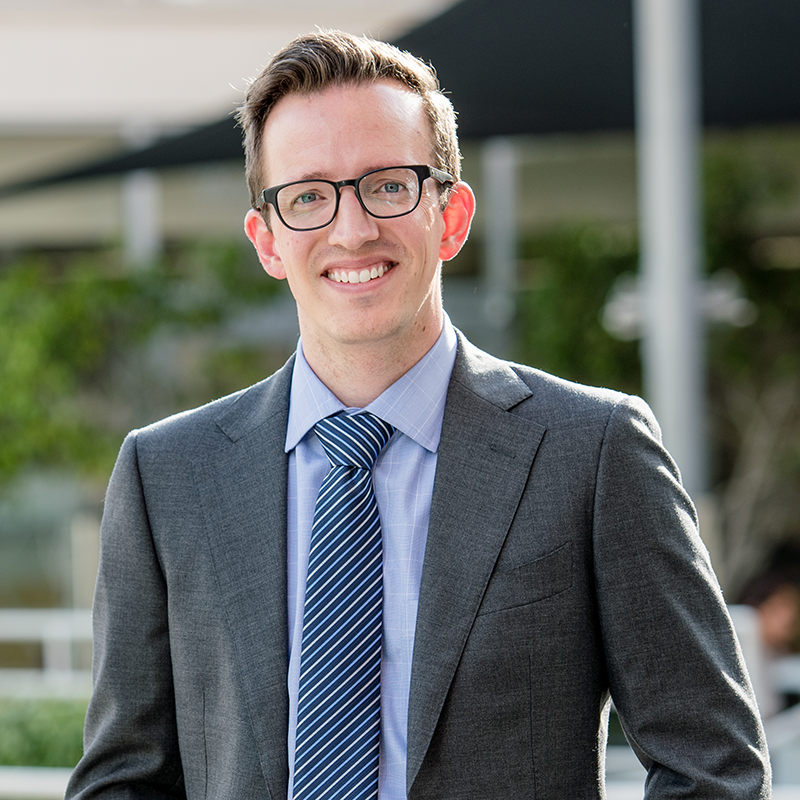 Most law students aiming for careers with big commercial law firms don’t get their start working for their future firm until the summer after completing their second year of law school.

He credits this opportunity in large part to the law school’s unique Entertainment Law Fellows Program.

The newly founded fellows program, pairs specially qualified students with attorneys from top Hollywood studios and law firms as mentors. The mentors meet regularly with the students to give them insider access and a broad understanding of entertainment law issues and opportunities. The program’s goal is to train the fellows to be ready-to-perform lawyers who can become leaders in the industry.

Grace Parrish, Program Director of Private Field Placements, oversees the fellows program. “She tries really hard to pair us with mentors who will be good matches for us given our past careers and what we want to do in the future,” Sletten said.

“They’re both just so approachable and nice to talk to,” Sletten said. “Every time I talk to Professor Dougherty, he recommends a new book to me.”

But it was DLA Piper partner and entertainment law heavyweight Stuart Liner, Parrish paired Sletten with as his mentor.

It mattered, of course, that Sletten has been earning excellent grades. But there are many law students with excellent grades who don’t get the opportunity he’s getting. “That’s where the fellowship and having a good mentor really helped,” he said.

More than any other, success in the entertainment industry can turn on knowing the right people, according to Sletten. The fellows program addresses that challenge directly by putting students and top industry leaders together in a wide variety of meetings, forums and networking events.

“Loyola Law School is really doing a great job at giving us practical knowledge and practical connections,” he said.

Like all the entertainment law fellows so far, Sletten had entertainment experience before coming to LLS. Beginning with a summer internship when he was a UCLA undergraduate, Sletten spent seven years as a financial analyst with Paramount Pictures and then with the powerful talent agency CAA.

He chose LLS in part because of its consistently high ranking as a top entertainment law school and its fellows program. Another reason, he said, was the law school’s importance in the Los Angeles legal community.

As part of choosing a school, Sletten investigated major law firms in the area to see where their lawyers had studied. “Loyola Law School was always right up there. In Los Angeles, it is highly respected.”

Very happy with his choice, Sletten said that all his professors are great teachers and that he is forging lasting friendships with his classmates.

“I think there’s a really great culture at the school,” he said. “I think we believe that if you help your friends do better, you’ll only do better yourself.”

“We’re making lifelong connections. These are the people we’re going to go out into the world with.”