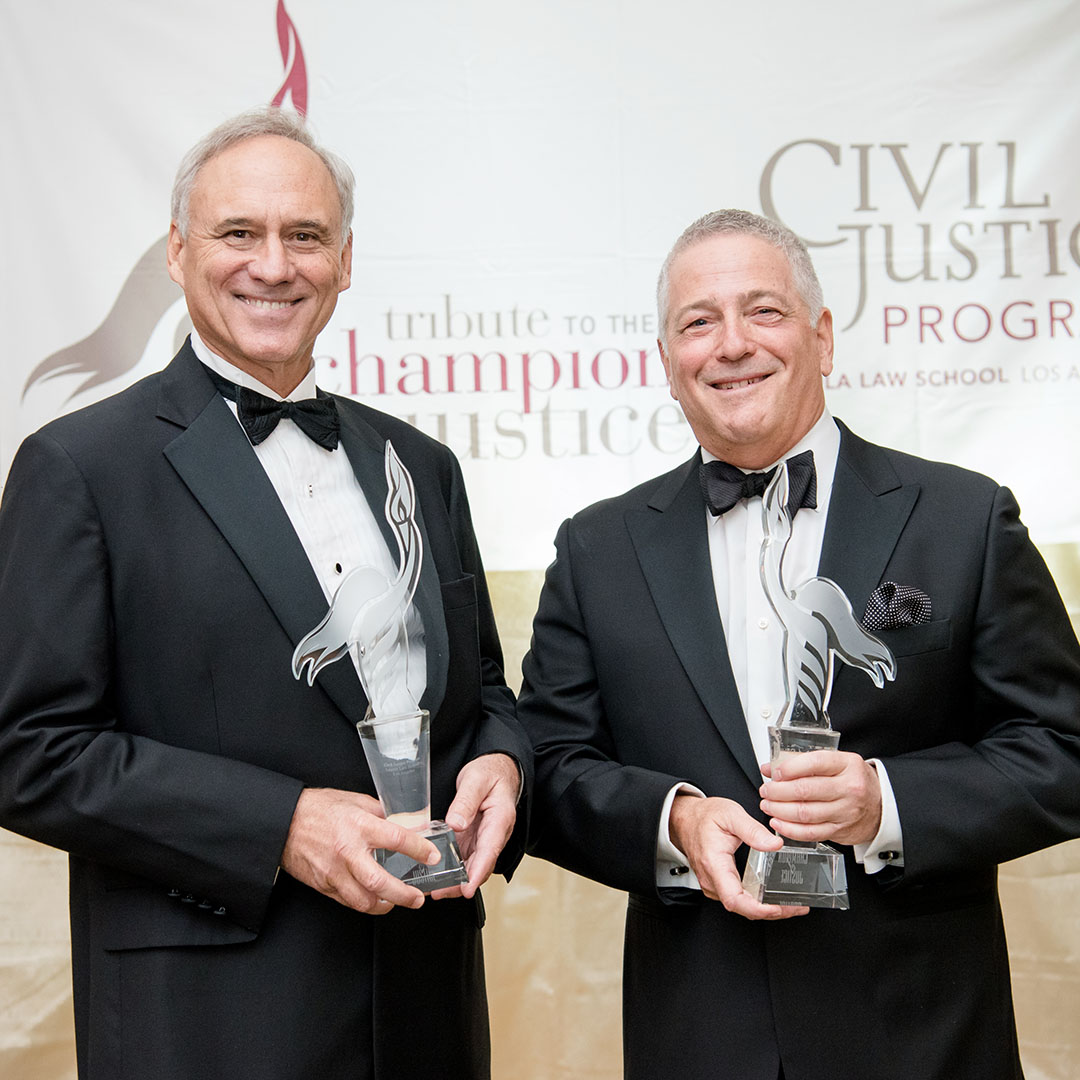 The CJP awards annually recognize attorneys who advance the civil justice system through their work both in and out of court. Honorees’ careers are marked by professional excellence, technical proficiency and uncompromising integrity.

“This year’s honorees exemplify the civil justice system at its very best,” said John Nockleby, Loyola Law School professor and founding director of the Civil Justice Program. “Our honorees have been zealous advocates for their clients while also improving the profession for everyone they serve.”

As a plaintiffs’ attorney, Denove focuses on medical malpractice, insurance bad faith, police misconduct, product liability and other cases. He has led the Consumer Attorneys Association of Los Angeles and the L.A. Chapter of the American Board of Trial Advocates, among many other professional organizations.

A 1976 graduate of Loyola Law School, Denove is especially honored by the award from his alma mater. “Loyola's recognition that trial skills can be taught has given its graduates a tremendous advantage,” Denove said. “I will always be grateful to Loyola for giving me the education and opportunity to represent those who have been harmed by the negligence, and at times intentional, conduct of others.”

A former president of California Defense Counsel, Morgenstern has spent nearly 30 years defending clients in cases of catastrophic injury, wrongful death in the commercial trucking industry and products liability. As a leading presenter on defense techniques, Morgenstern has lectured on a variety of subjects to members of the bench and bar.

“Being named a Champion of Justice is one of the major highlights of my career,” said Morgenstern. “To be considered in the company of the great lawyers who received the award before me is truly humbling. This award suggests to me that, maybe, I have practiced law the right way: with integrity and civility.”